A photo retrospective of our family and Mickey Mouse.

Mickey Mouse is the character created by Walt Disney, and introduced in the animated cartoon Steamboat Willie in 1928, who has since become the symbol of the Disney company and probably the most recognized cartoon character in the world.  We have seen Mickey numerous times over the last 15 years starting with our first visit to Disney World early in 1997.  It is fun to look back at our photos with Mickey that have been taken during different stages of my daughters’ lives and see how they have grown up with Mickey Mouse.

Our very first meeting with Mickey was in ToonTown at Disney World when Katie was just 4 months old.  She was oblivious to the proceedings but I was happy to have the photo. Katie and Mickey Mouse at Disney World in 1997

Emma wouldn’t have anything to do with Mickey on her first visit to Disney World when she was 8 months old – she preferred the stuffed version. But by the time she was 4, they were good friends… 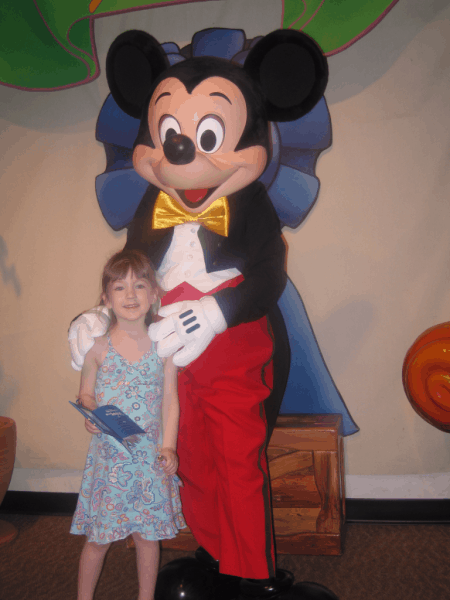 We have seen Mickey at Disney World in Florida, Disneyland in California, Disneyland Paris and aboard the Disney Magic.

We have seen Mickey (and his sweetheart, Minnie) in shows and on parade. 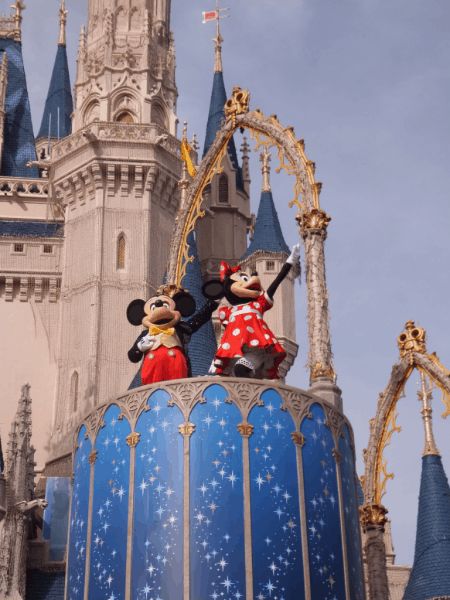 Minnie in the Move It! Shake It! Celebrate It! Street Party – New Year’s Day 2012

My favourite Mickey moments by far have been those when we have seen him dressed in different outfits.

We have twice seen him dressed as Pirate Mickey – at Pirates in the Caribbean night on the Disney Magic in 2006 and at the Pirate and Princess Party at Disney World in Orlando in 2008. 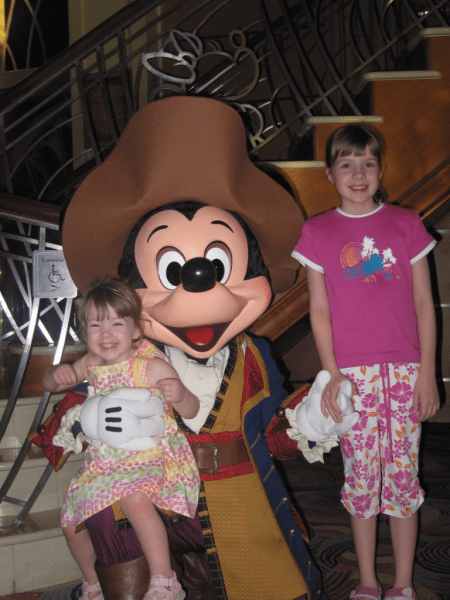 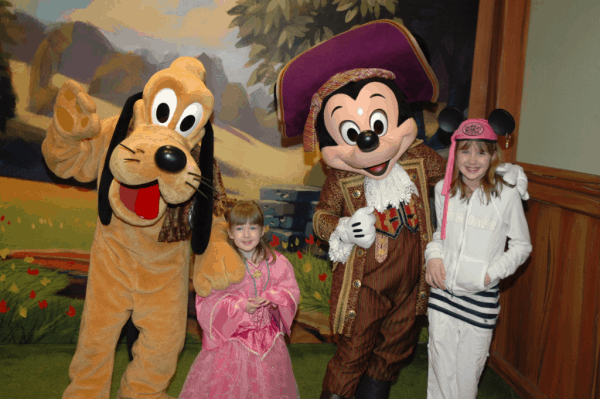 We have seen him playing the role of Director Mickey at MGM Studios in 2001. 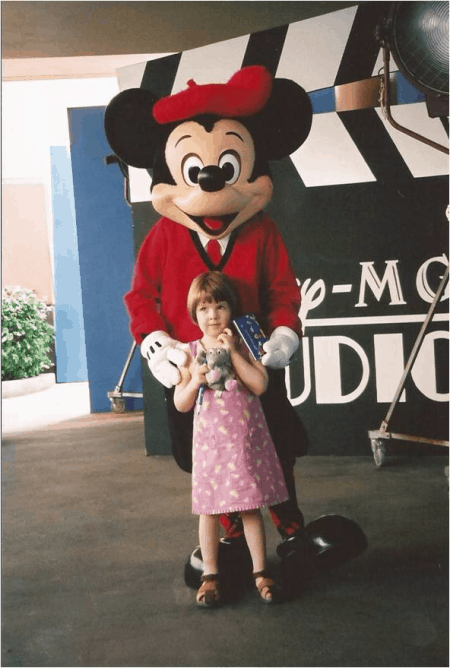 A special moment aboard the Disney Magic was having a family photo taken with Captain Mickey and Minnie in 2006. Mickey looked fabulous dressed in a tuxedo, as did Minnie in her ball gown, for Formal Night aboard the Disney Magic.  They looked ready to attend the Oscars. We attended the Holiday Parade at Disneyland California on New Year’s Day 2011 and saw Mickey dressed in a beautiful seasonal outfit. 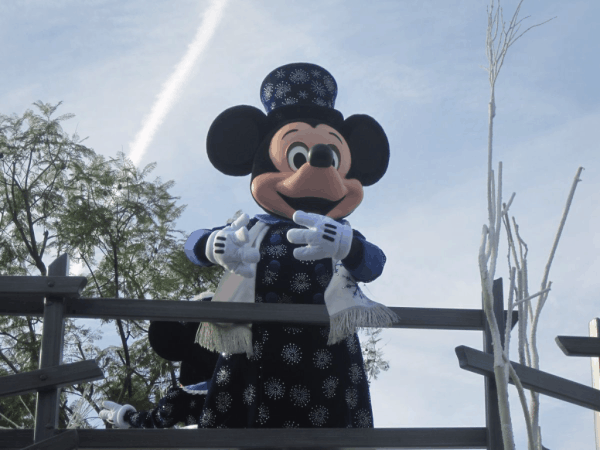 And this most recent holiday season, we spent my birthday at Animal Kingdom and had photos taken with Mickey looking very festive in his red and green holiday duds. 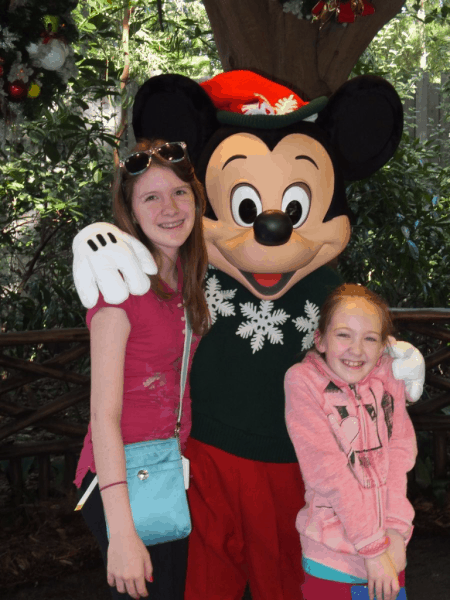 Katie and Emma with Holiday Mickey – 2012

Wherever it is, and however he’s dressed, meeting Mickey Mouse is always what makes a Disney holiday complete!