Tour of the Laura Secord Homestead in Queenston near Niagara Falls, Canada.

My husband, our 8 year old daughter and I recently visited The Laura Secord Homestead, one of several heritage sites operated by the Niagara Parks Commission. The homestead is located in the village of Queenston just off the Niagara Parkway and only a few minutes drive from Niagara Falls. The restored homestead was the residence of Canadian heroine Laura Secord from 1803-1835.

Upon arriving at the homestead we learned that it can only be viewed by guided tour.  Emma wasn’t keen on taking a tour as she wanted to explore on her own, however, we were able to convince her that we had no choice in the matter and purchased our tickets. There is a building housing an exhibit of period objects and information about Laura Secord which can be browsed while waiting for the tour to start.  The tours, which are led by costumed interpreters, take approximately 30 minutes.  Our tour group consisted only of our family and one other with a young girl only slightly older than Emma so our guide was able to adapt his presentation to make it more child-friendly and willingly answered any questions they had. 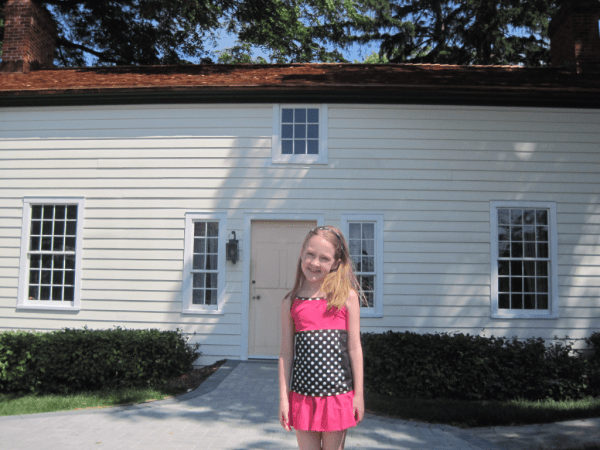 Emma outside The Laura Secord Homestead

Our guide led us through the homestead relaying information about Laura Secord’s heroic actions during the War of 1812, general information about what living conditions were like in the area at that time, and interesting tidbits about the furnishings and other items in the home.  Despite her initial reluctance, Emma thoroughly enjoyed the tour and was fascinated by some of the things she learned – particularly that a family with 7 kids lived in such a tiny 2 bedroom house, that they had to warm their beds in the winter by placing hot rocks from the fireplace into the beds and that women had to be careful when they were cooking over the fireplace not to let their skirts catch on fire. 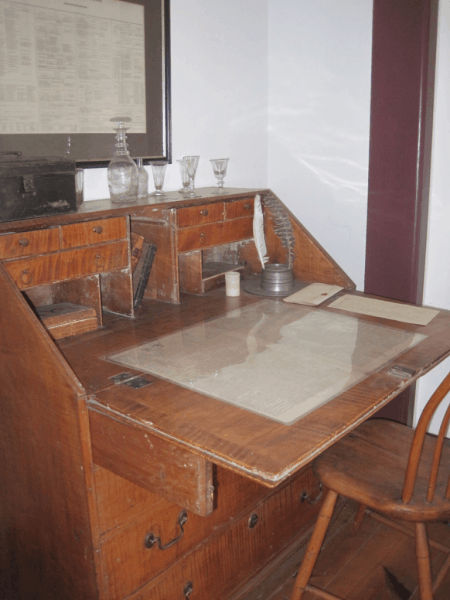 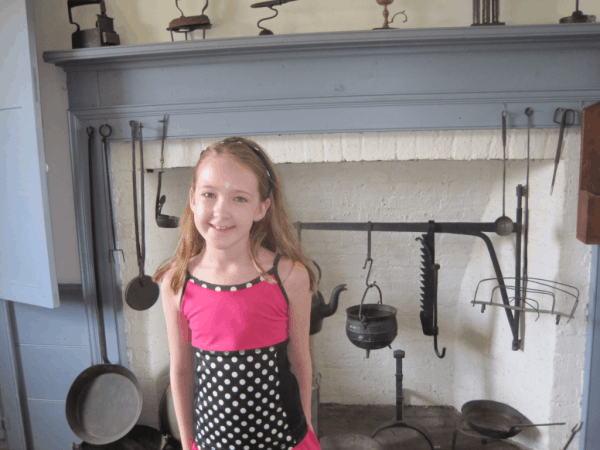 Emma in front of the kitchen fireplace 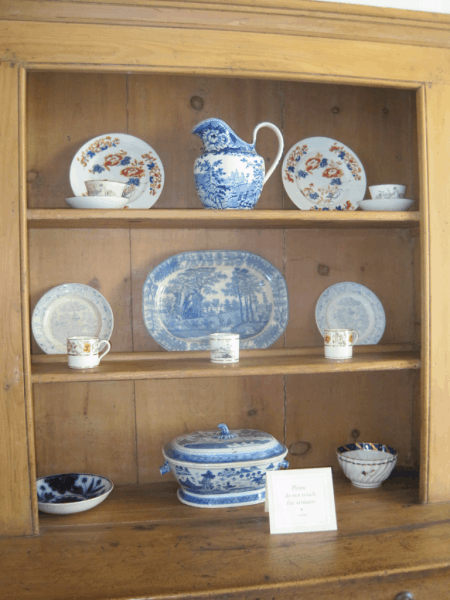 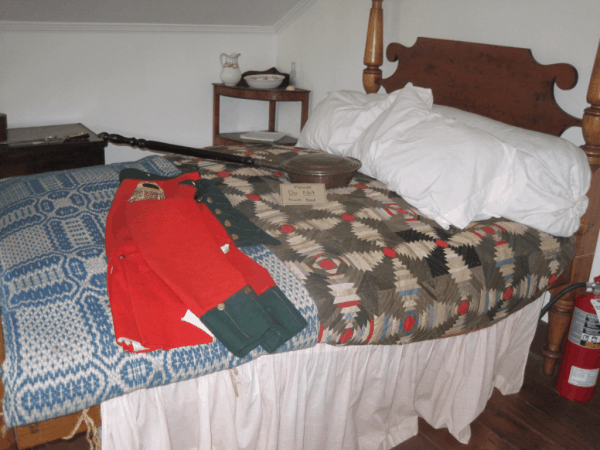 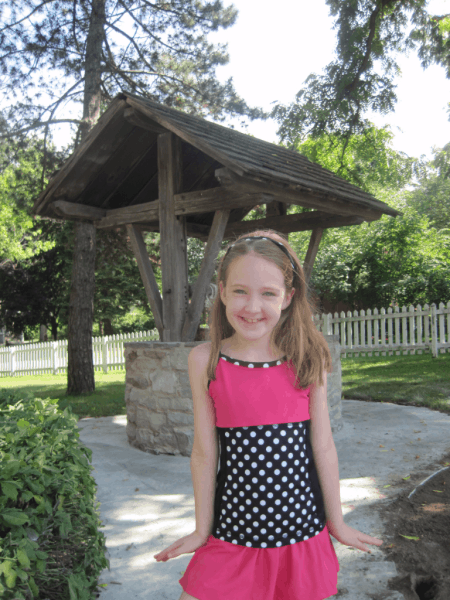 Emma on the grounds outside the homestead

Despite the briefness of the tour, our guide was able to provide us with a good refresher on the story of Laura Secord that we had first learned years ago in Canadian History classes.  Laura Secord was living in this homestead in Queenston with her family during the War of 1812 between the British and the Americans.  At the time, Queenston was in an area occupied by American troops.  The Secord family had been ordered to billet American soldiers in their home and Laura and her husband, James, overheard the Americans discussing a planned attack on the British forces which were under the command of Lt. James Fitzgibbon.  Had the Americans gone on to capture that strategic position then they would have gained control over the entire Niagara Peninsula.   The Secords felt that they had a patriotic duty to warn Lt. Fitzgibbons, however, James had been injured in the Battle of Queenston Heights the previous fall and was not sufficiently recovered to attempt the journey.  The Secords agreed that it would be up to Laura to try and relay a warning to the British forces.

Laura undertook this perilous journey through woods inhabited by wolves, wildcats and rattlesnakes as well as bands of unfriendly Natives.  She traveled by foot a distance of 32km (20 miles) in order to warn Lt. Fitzgibbon of the imminent attack.  The journey took approximately 18 hours to complete and by the time she reached her destination her slippers were in tatters and her feet bloodied and blistered.  As a result of her warning, the Native forces under British command were able to ambush the American invaders and ultimately retain British North America.  Laura Secord was eventually recognized for her accomplishment but not until 50 years after the fact when Edward, Prince of Wales was visiting the region.  In 2003, Laura Secord was designated a Person of National Historic Significance by the Minister of Canadian Heritage in recognition of her heroic actions during the War of 1812.

The homestead in Queenston was restored and furnished with authentic furniture (from the 1812 period) by the candy company Laura Secord Inc. in 1971 and later gifted to the Niagara Parks Commission in 1998.  The Laura Secord Homestead is open during the summer months – daily from late June through Labour Day and Wednesday through Sundays from Labour Day until Canadian Thanksgiving in early October.  There is also a gift shop on site where light refreshments, ice cream, Laura Secord chocolates and souvenirs can be purchased.  Preparations are now being made to celebrate the bicentennial of the war of 1812 commencing in 2012.  The joint celebration with the U.S. is being called “Canada and the United States of America – 200 Years of Peace”.

We enjoyed our brief visit to The Laura Secord Homestead as it provided Emma with a small dose of historical information which she will hopefully retain.  At the very least she now knows that Laura Secord isn’t just a brand of chocolate!  Given that it was a “listen and look but don’t touch” type of experience the fact that it was only 30 minutes was just about perfect for her attention span.  Since it takes less than an hour to tour the homestead, one wouldn’t make a trip to Niagara for the sole purpose of visiting this historic site.  If you are visiting the area, however, it provides some additional history about the War of 1812 and the heroic actions of one individual that may well have determined the outcome of the conflict.

Save on Passes at Family-Friendly Fallsview Waterpark

Top 10 Things for Families to Do in Niagara Falls

Niagara Falls and The Maid of the Mist