A river cruise to Greenwich is a great day trip for families visiting London.

A great day trip from London for families is a river cruise to the UNESCO World Heritage site of Maritime Greenwich.  Most kids love a boat ride and it’s fun to get a completely different perspective of the city of London from the water.  We took this trip on a chilly, damp and drizzly day in March but but we were determined not to let the weather dampen our enthusiasm.  In any event, we were in no position to complain about the weather as we were in the midst of a 10 day visit to London and this was the only day that was wet – a minor miracle in terms of English weather.

We boarded a Thames River Services boat at Westminster pier for the hour long journey to Greenwich.  (It is also possible for passengers to board at the Tower of London.)  Along the way you can see some of London’s most recognizable monuments including Big Ben, the London Eye, the Tower of London, the Tower Bridge, and the Millennium Bridge.  The boat also sails past Canary Wharf and The Docklands before arriving in Greenwich. 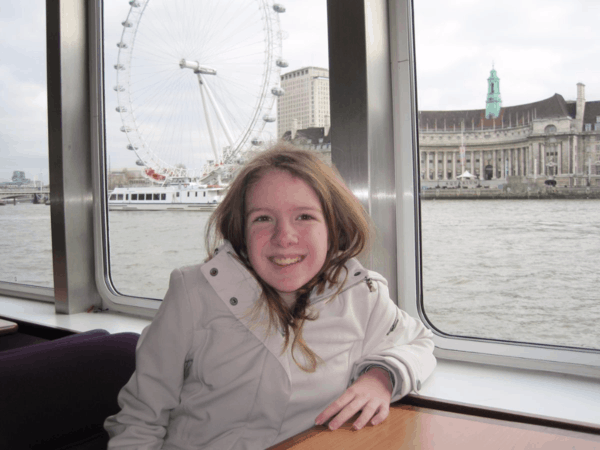 Katie on a Thames riverboat 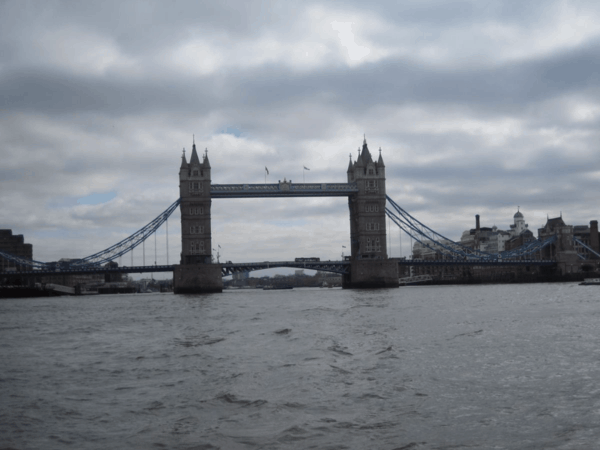 Sailing toward the Tower Bridge We docked in Greenwich and, having missed the Visitor’s Center amidst the construction around the Cutty Sark, headed uphill toward the Royal Observatory.  We had been on the boat for an hour though and that meant it had been at least an hour and a half since the girls had last eaten so they insisted that finding food was the first order of business.  Fortunately, we happened upon The King’s Arms and were able to fill up on delicious fish and chips before going any farther. 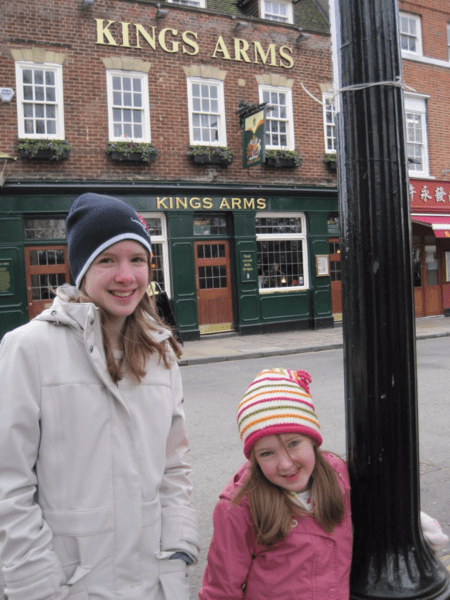 Outside The King’s Arms in Greenwich 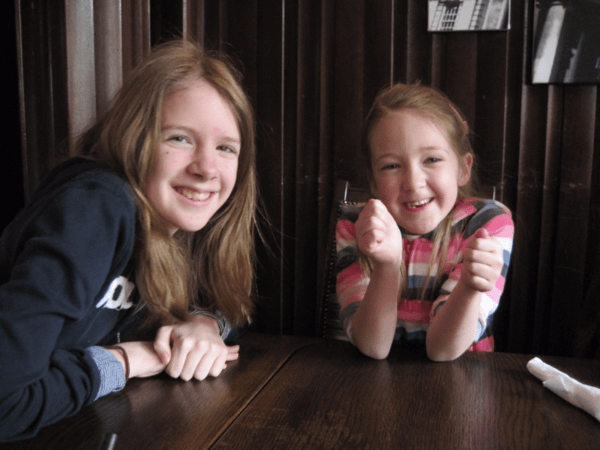 Waiting for fish and chips

Once bellies had been filled we had the energy to finish the climb up to The Royal Observatory.  It would take about 20-25 minutes to walk from the dock without stopping to eat and the last portion is a fairly steep hill.  The Royal Observatory is the home to Greenwich Mean Time.  The Prime Meridian is also found here as well as London’s only Planetarium and Astronomy and Time Galleries.  Our primary objective was to stand on the Prime Meridian, however, we did plan to spend some time exploring the rest of the facility as well. 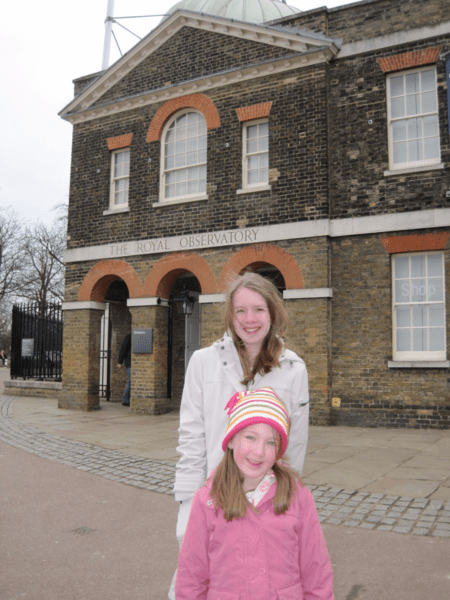 We had a great time taking photos on the Prime Meridian.  I’m not certain that Emma really understood what the line was, however, she certainly got into the spirit of posing and hamming it up for photos. 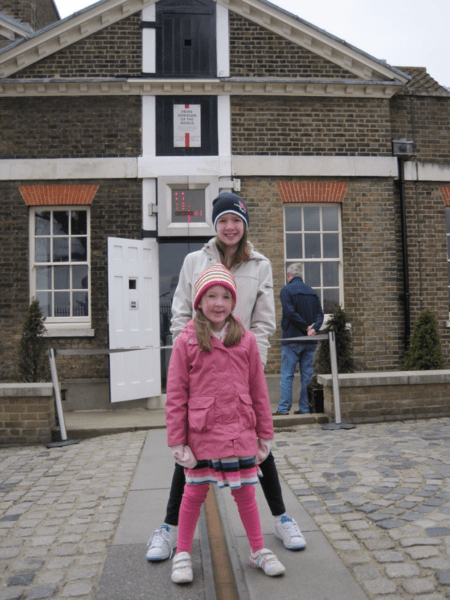 On the Prime Meridian with the GMT clock in the background 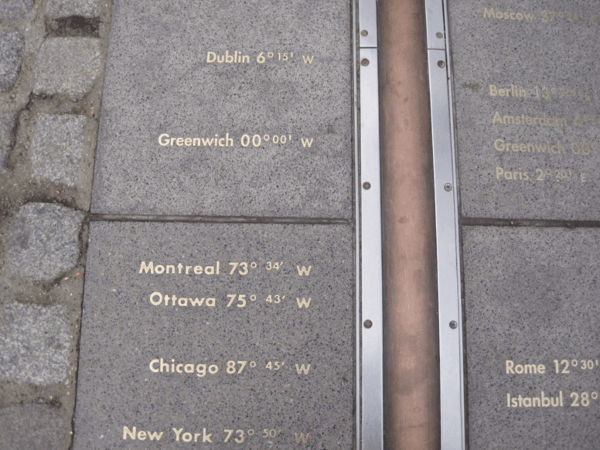 Close up of the Prime Meridian 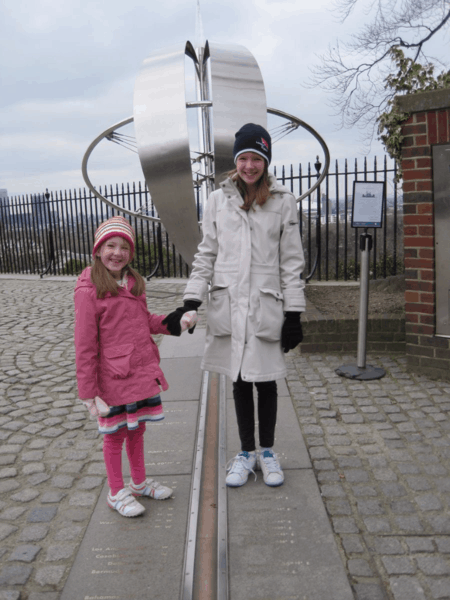 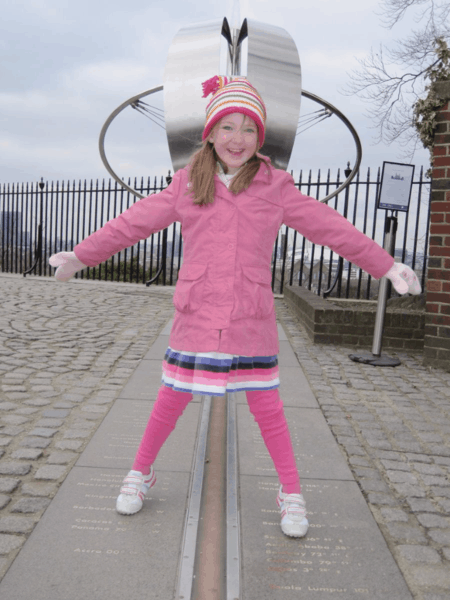 Emma at the Prime Meridian 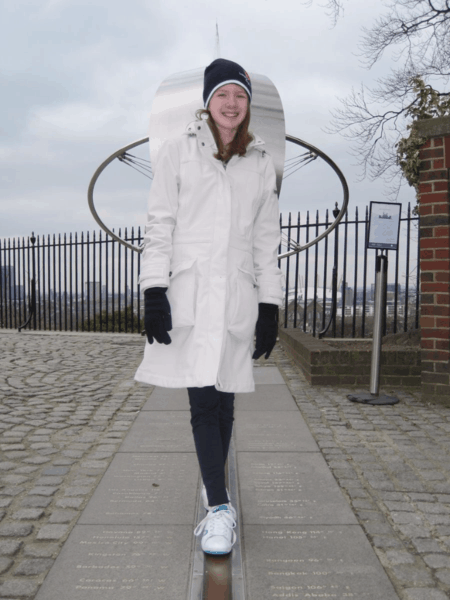 Katie on the Prime Meridian

There is a machine on site which will print (for a fee) a certificate which declares that you stood on the Prime Meridian with the precise time GMT.  This is a perfect low-cost souvenir from the day in Greenwich.  Be certain to have 1 pound coins with you if you intend to print certificates. 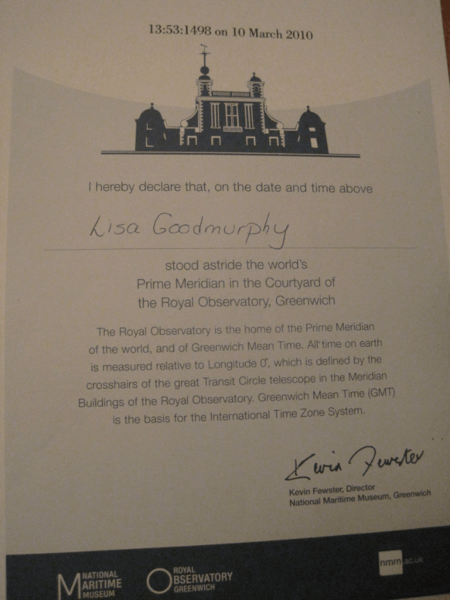 When we were finished photographing the Prime Meridian we spent some time exploring the Astronomy and Time galleries which had a number of interactive exhibits that were highly informative and fun. 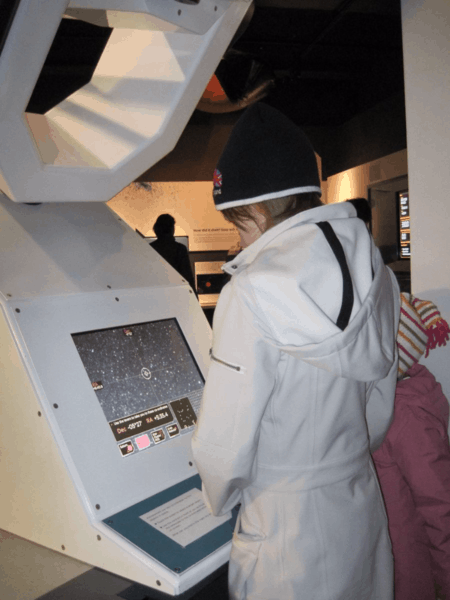 The views of Greenwich from the Royal Observatory are worth the climb to the top of the hill even if you aren’t planning to visit the Meridian Courtyard.  And for Canadian history aficionados it is interesting to note that Greenwich was the home of General James Wolfe and there is a statue of him located near the observatory.  General Wolfe commanded the British forces in their battle against the French in Quebec in 1759.  The British won the battle, however, General Wolfe lost his life. 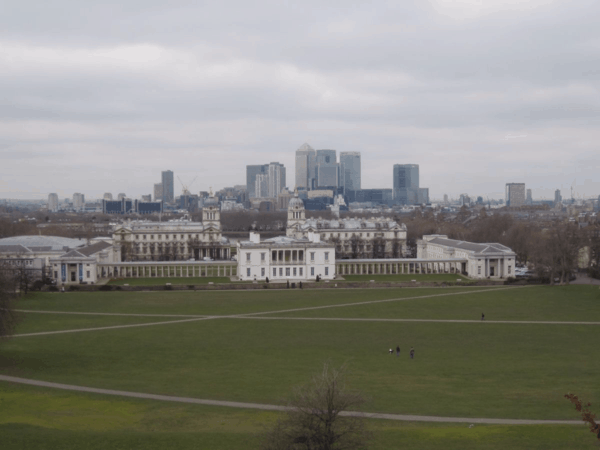 View of Greenwich from the Royal Observatory

Before we knew it, our day in Greenwich was over and it was time to catch a river boat back into the city.  If it had been a nicer day we probably would have lingered longer, however, in the damp, chilly weather everyone had had enough by late afternoon and wanted to head back to our warm hotel room.  Unfortunately, this meant that we were not able to visit the other sites that we had intended to.  Greenwich is a spot where more than one full day is needed to see and do everything.  Other notable attractions in Greenwich include:

A river cruise on the Thames is an educational and fun day trip from London even when the weather leaves a bit to be desired.  Anyone who is in London for more than a few days should consider taking a break from the hustle and bustle of the city to explore the town where time begins.

Prices for Thames River cruises vary depending on the season.  A return ticket from Westminster to Greenwich for an adult in the summer season costs 13 pounds while a child’s ticket is 6.50.  Family tickets are available for 33 pounds.  There also tend to be discounts when traveling on a weekday.

Admission is free to the National Maritime Museum, Royal Observatory, and Queen’s House, however there may be charges for entry to special exhibitions and events.  The charge to enter Flamsteed House and the Meridian Courtyard is 7 pounds for an adult and children 15 and under are free.  The admission charge for a show at the Peter Harrison Planetarium is 6.50 for adults and 4.50 for children aged 3-15.  If you are planning to do both then there is a combination ticket available which offers better value.

A Day Trip to Canterbury and Dover with London Taxi Tour 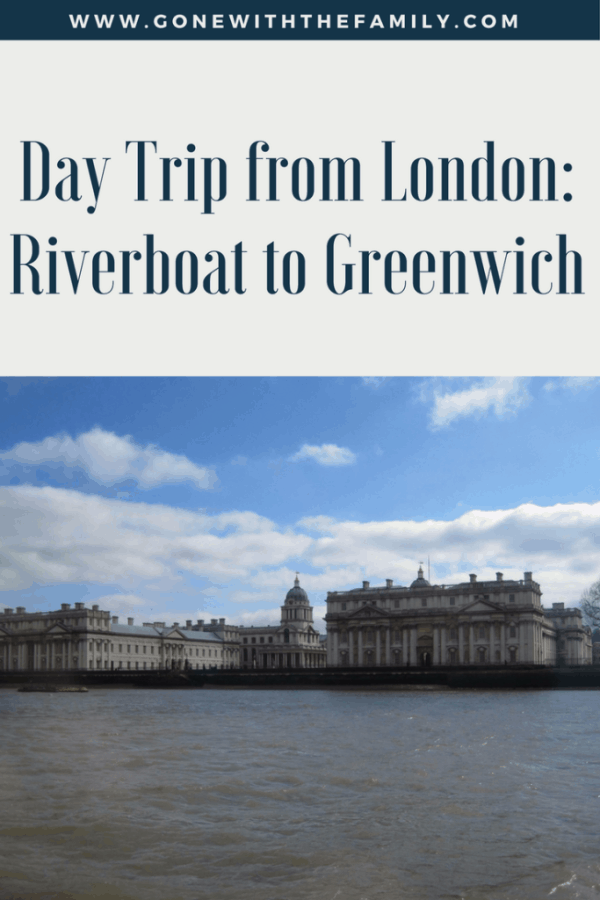