The Broken Chair in Geneva, Switzerland is a poignant reminder of the damage done worldwide by landmines.

Across from United Nations European Headquarters at the Palais de Nations in Geneva, Switzerland sits a poignant memorial to victims of landmines and cluster bombs.  The Broken Chair monument which stands 12 metres high, was designed by Swiss artist Daniel Berset and crafted by carpenter Louis Genève. 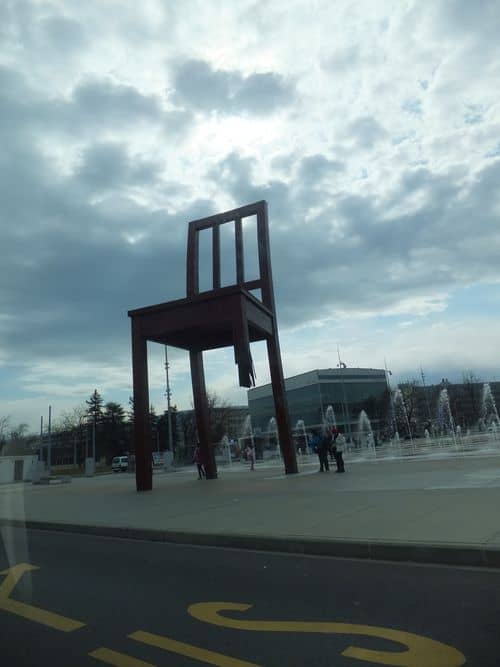 According to the Canadian Red Cross:

The shattered wood of the chair in this monument is intended to parallel the shattered limbs of those who step on a landmine.  The monument was initially installed for a three month period leading up to the intended signing of The Mine Ban Treaty ("Ottawa Treaty") in December of 1997, however, it was left in place when many countries opted not to ratify the treaty.  To those who view The Broken Chair, it serves as a visual reminder of the number of people living in war-torn areas that continue to be victimized by landmines on a daily basis and it makes us ponder why we aren't doing more to help.

One Day in Geneva