The Canadian Museum of Civilization is one of our family’s favourite museums to visit when we are in Ottawa primarily for the interesting exhibits on Canadian history and culture and for the hands-on Canadian Children’s Museum.

The Canadian Museum of Civilization has always been my favourite museum in Ottawa and we have visited it several times.  The distinctive architecture and the lovely location on the banks of the Ottawa River are appealing, but what I truly love about the museum is that it’s a natural history museum focused on Canadian history and culture providing an opportunity for my children to learn more about our country’s past in a fun way.  It also includes the amazing Canadian Children’s Museum which introduces children to the idea that experiencing the world is a great adventure.  I’m clearly not alone in loving this museum as it welcomes more than 1 million visitors a year, making it one of the most popular places to visit in the National Capital Region. 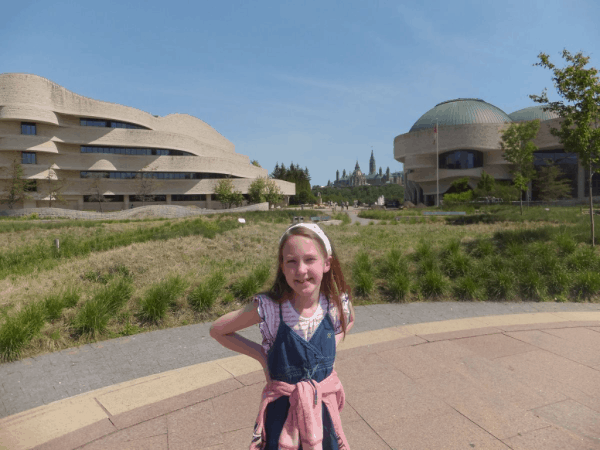 Outside the Canadian Museum of Civilization 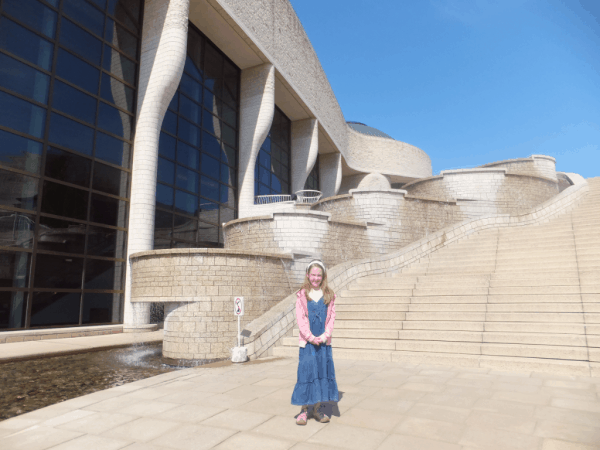 One of our favourite exhibits in the museum is Canada Hall where visitors enter an enclosed area with a domed ceiling and walk through reconstructed scenes from Canadian history.  The first section covers Atlantic Canada, Ontario and Québec from 1000A.D. to 1885 and the second section covers Western and Northern Canada from 1885 to present day.  Visitors can stroll through the historical reconstructions and imagine what life was like for a Viking landing in Newfoundland, farmers in New France, voyageurs, Acadians, Ukranian immigrants in the Prairies, West Coast fishermen and pilots flying into the Northern territories. 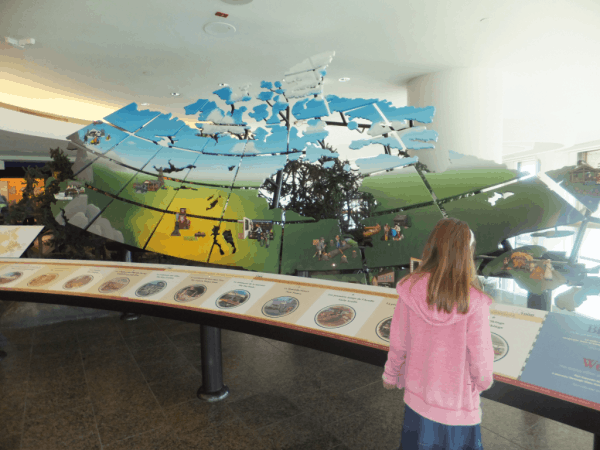 Exhibit at Canadian Museum of Civilization 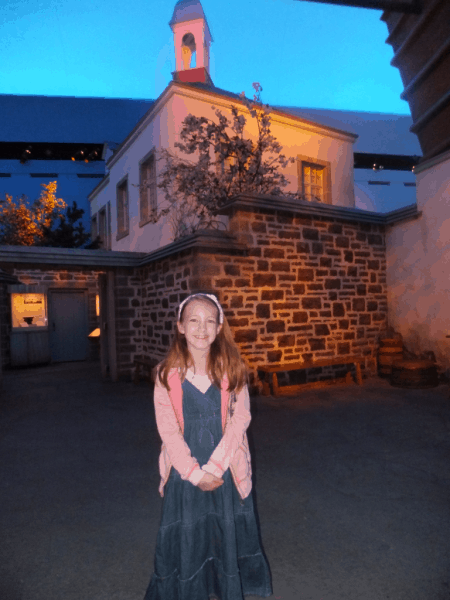 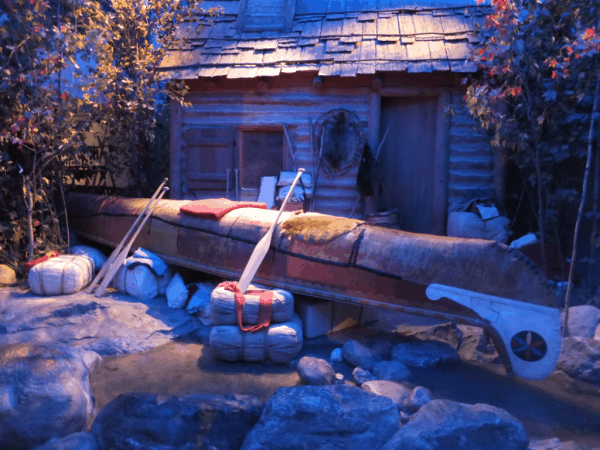 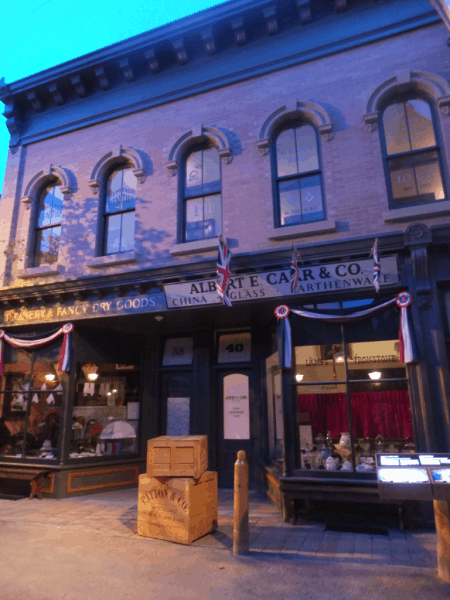 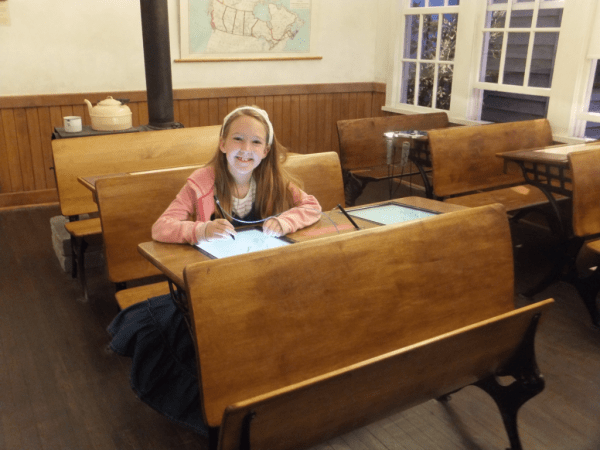 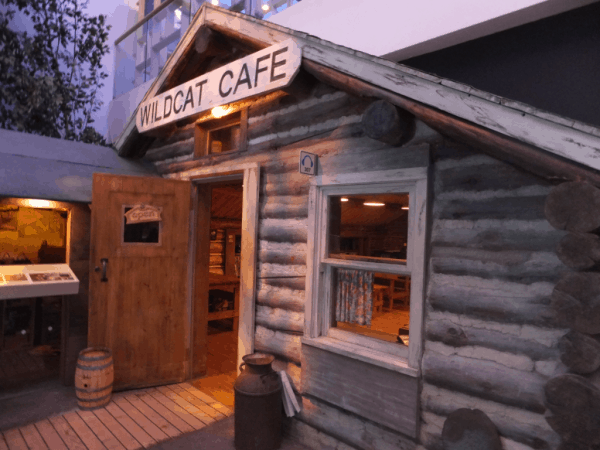 Another fun exhibit is Face-To-Face:  The Canadian Personalities Hall which brings visitors “face-to-face” with 27 distinctive Canadians whose accomplishments helped shape Canada.  The personalities are divided into 5 categories:  We inspired; We founded; We fought; We built; and We governed.  Among the Canadians that visitors can learn more about are Arthur Lismer, an artist who was one of the founding members of the Group of Seven; Nellie McClung, a feminist who fought for the right of women to be legally recognized as persons; public servant James Harkin who promoted the development and protection of Canadian parks; and Sir John A. Macdonald who was the first Prime Minister and one of the Fathers of Confederation. 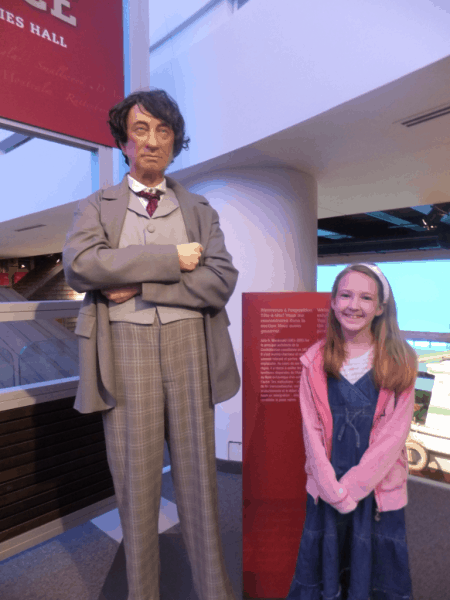 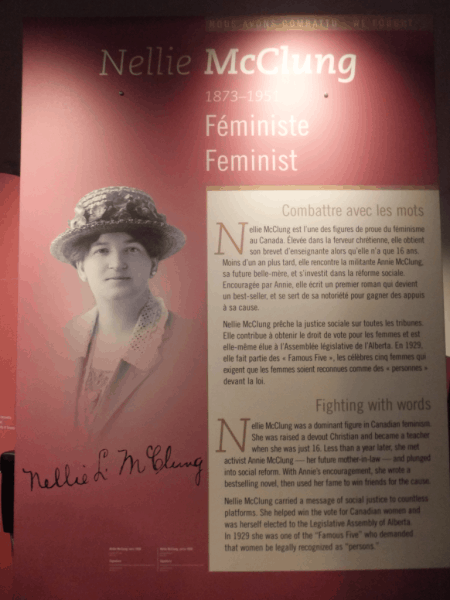 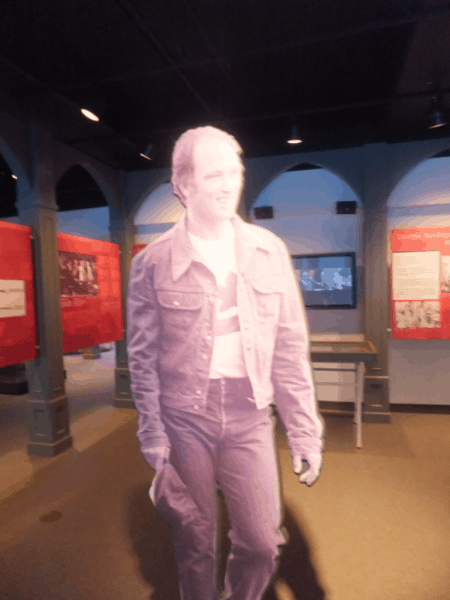 The Grand Hall is a very interesting part of the museum as it is shaped like a canoe in keeping with the native theme of the room.  Here visitors can learn more about the history of the First Peoples of the Northwest Coast and admire one of the world’s largest collection of totem poles.  Another distinctive element in the hall is the sculpture The Spirit of Haida Gwaii which depicts a Haida canoe that is crammed with paddlers and passengers including men, women, animals and mythological creatures heading for shore. 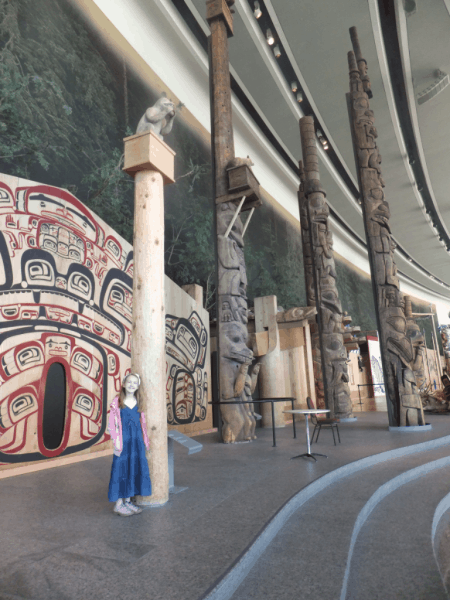 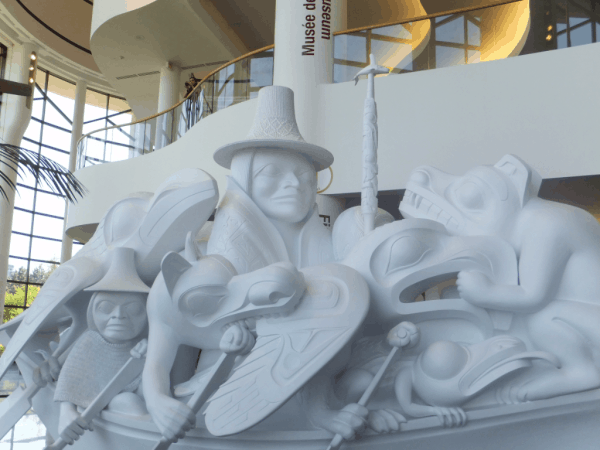 The theme of the Canadian Children’s Museum is “The Great Adventure” and it provides young visitors with the opportunity to travel the world as they do some hands-on learning in the museum.  Children are given a passport when they enter the museum and as they move around the various areas of the museum there are stations where they can stamp it.

There are props and costumes available for role-playing throughout the museum and a variety of hands-on activities that facilitate open-ended learning.  Kids can ride a Pakistani bus, whip up a make-believe meal in the café, visit a Japanese family home, shop at world markets, and play on a cargo ship in a busy port and stretch their imaginations in any number of ways.

The children’s area has always been our favourite part of the museum but I discovered on my most recent visit with Emma that, at almost 9 years old, she was starting to lose interest.  She quickly made her way through the exhibits in order to obtain her passport stamps but the free play was no longer of much appeal to her and I felt more than a little sad that our days of visiting children’s museums are probably behind us. 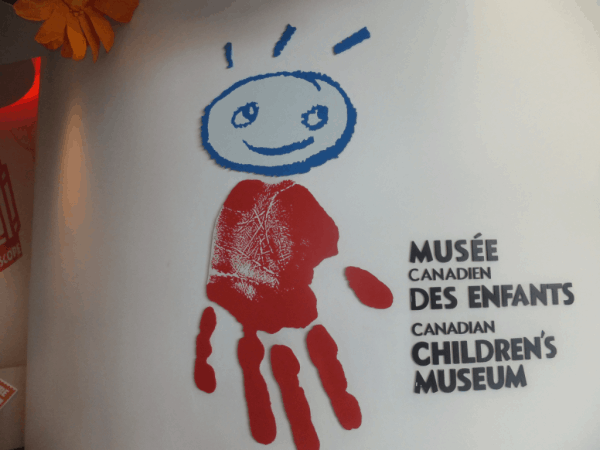 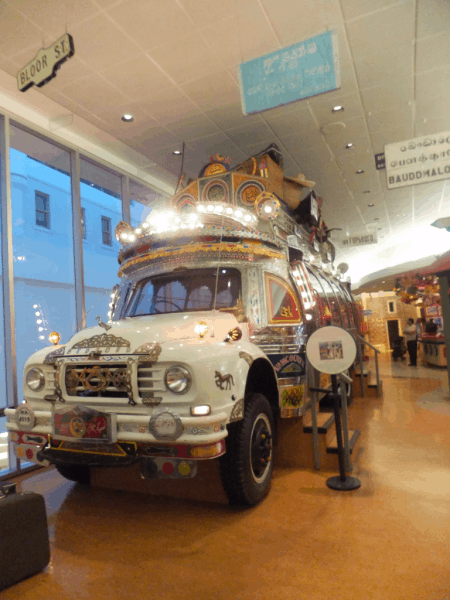 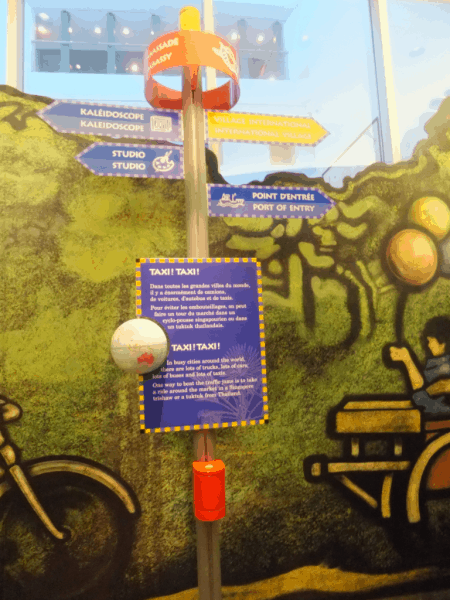 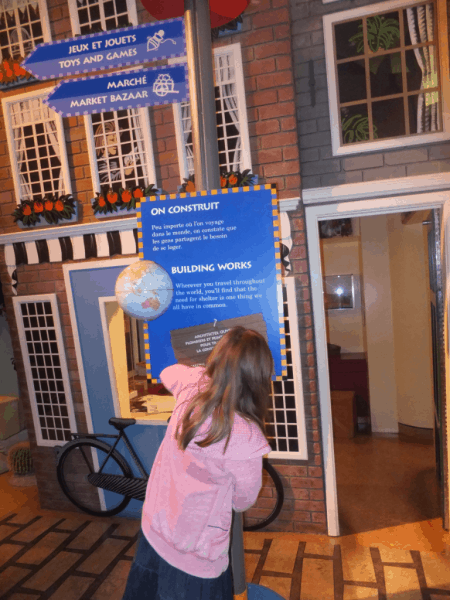 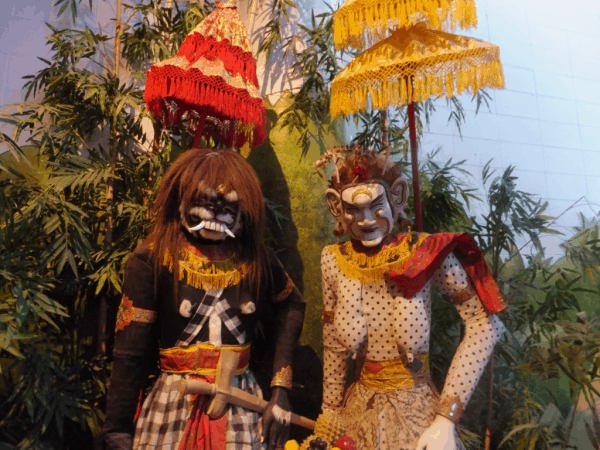 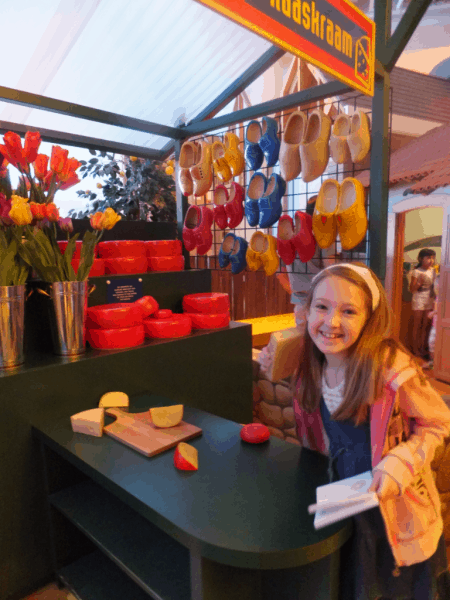 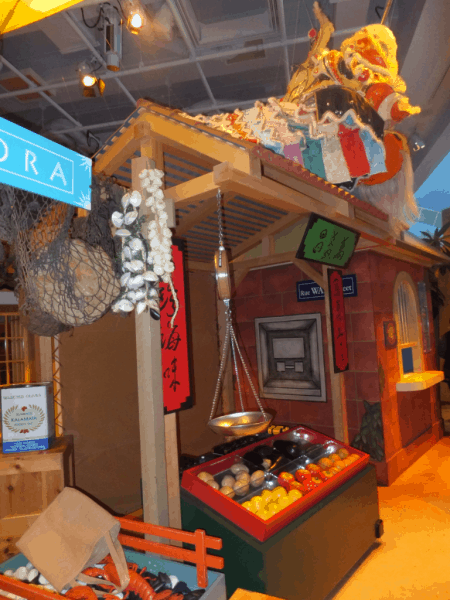 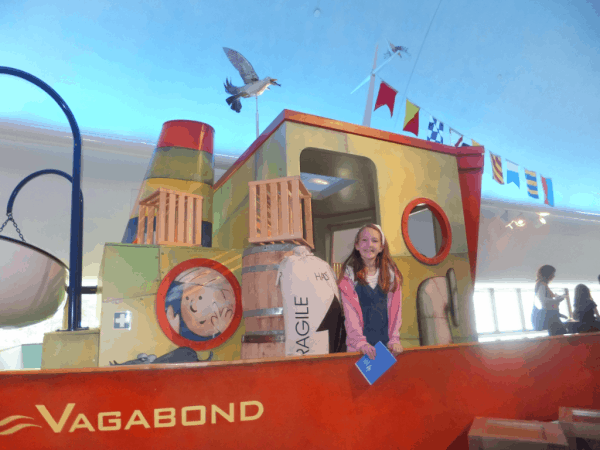 The other permanent exhibits at the museum are the Canadian Postal Museum, the First Peoples Hall, and From Time Immemorial – Tsimshian Prehistory.  The museum also hosts a variety of traveling exhibitions. 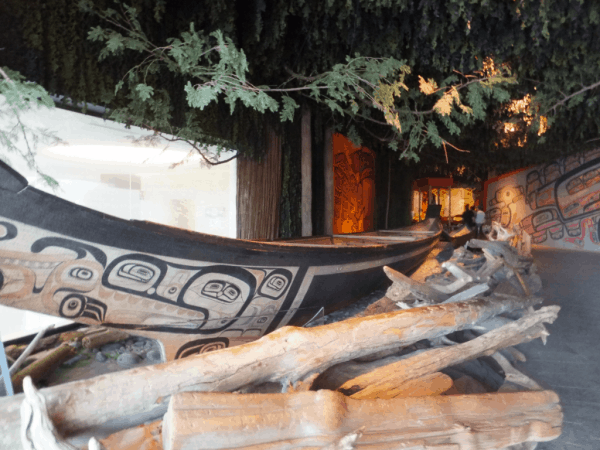 IMAX films are a popular attraction at the museum and require an additional admission fee.  We haven’t managed to find time to attend one of these films yet although there is always something that looks to be very interesting.  The films currently playing are: The Dark Knight Rises: The IMAX Experience; Van Gogh: Brush With Genius; and To The Arctic 3D.

A visit to Ottawa would not be complete without experiencing the engaging exhibits at the Canadian Museum of Civilization.  Anyone who is visiting on a beautiful day should also take the time to walk around the grounds and on the pathway alongside the river in order to fully appreciate the beautiful view of Parliament Hill. 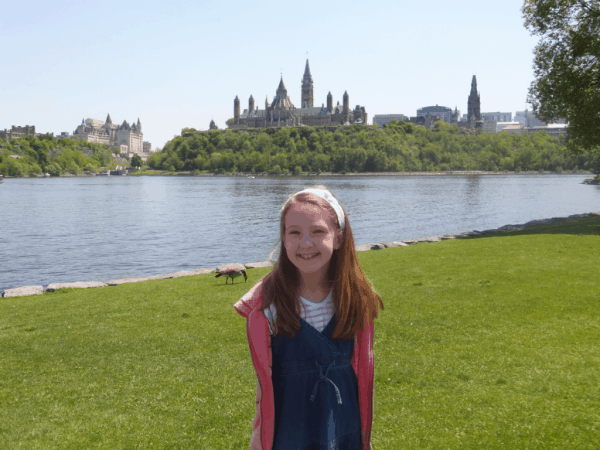 Outside the Canadian Museum of Civilization

Searching For Tulips In Ottawa

A Stroll Around Parliament Hill In Ottawa

9 Tips For Taking Kids to an Art Museum 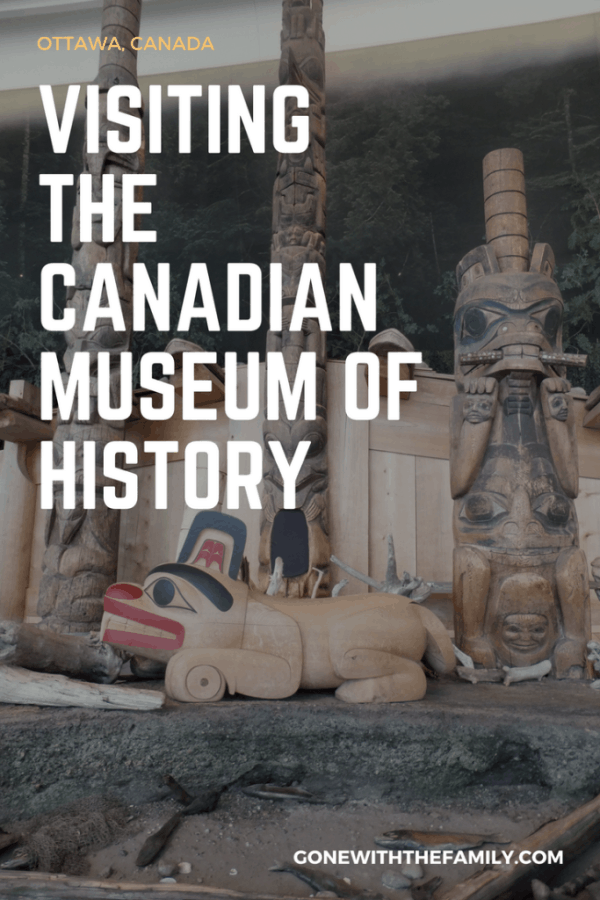