A field trip to Medieval Times Dinner & Tournament is a fun way to learn more about life in the middle ages.

I recently had the pleasure of attending Medieval Times Dinner & Tournament in Toronto as a chaperone with Emma’s grade 4 class.  This is probably the most anticipated field trip of the year for the students as many of them have heard glowing reports from older siblings that participated in previous years.

This article contains affiliate links. If you click an affiliate link then Gone with the Family may earn a small commission at no additional cost to  you.

The Medieval Times franchise has 9 North American locations, however, this is the only one in Canada.  The general public would attend a dinner and show but there are also matinées available for school groups such as ours. 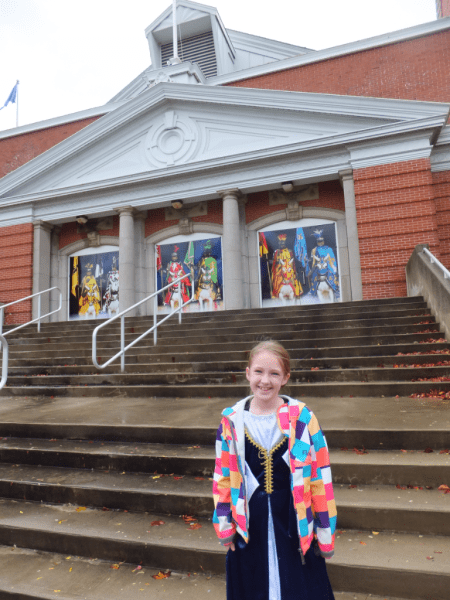 The excitement began even before the bus ride to the medieval castle at Exhibition Place in Toronto as Emma and quite a few of her classmates chose to dress up as medieval princesses or knights. We arrived at the castle and had plenty of time prior to entering the arena for the show to browse the numerous shops, check out the arms display and meet the Royal Falconer and one of his birds of prey.

Medieval Times is a dinner show that transports guests to 11th century Spain for a feast and tournament at the king’s castle and nicely complements the grade 4 curriculum which includes a medieval studies unit.  The show begins with a short lecture about what life was like in the middle ages and then the competition begins.

There are six knights who compete in a number of events and guests are seated in sections around the arena corresponding with their designated knight.  Our group was seated in the Blue Knight’s section so the kids donned blue paper crowns and readied themselves to cheer our knight to victory. 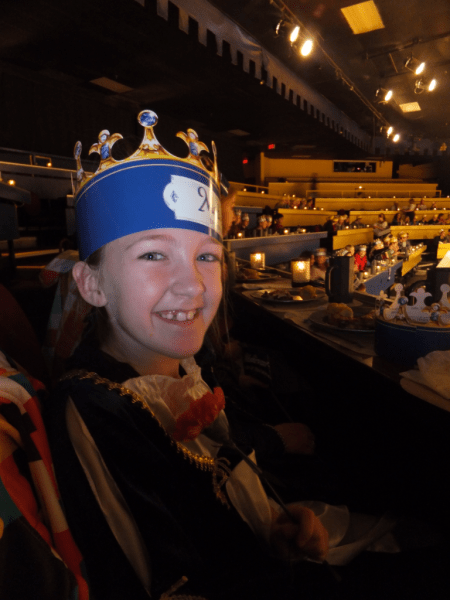 While the knights are engaged in competition, guests are served a meal which includes garlic bread; oven-roasted chicken with herb-basted potatoes and buttered corn on the cob; and a pastry for dessert.  Meals are eaten medieval-style – that is with fingers rather than utensils.  Most kids seem to enjoy this but my princess doesn’t like to get her hands sticky so she dined on garlic bread alone. 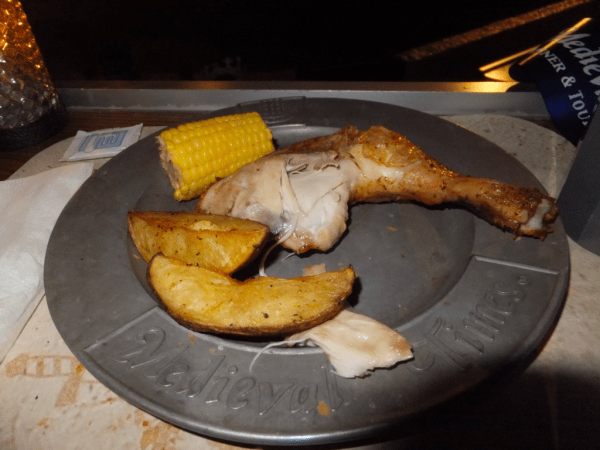 The jousting tournament is presided over by the royal court and introduced by the Lord Chancellor. As the crowd cheers them on, the knights compete in games that display their horsemanship and skills in jousting, swordsmanship and hand-to-hand combat until a winner is finally declared. The 2 hour show passed by quite quickly and, even though our knight did not prevail in the competition, the kids were still chatting excitedly as we headed back to school about all that they had learned about “chivalry, rivalry, and revelry”. 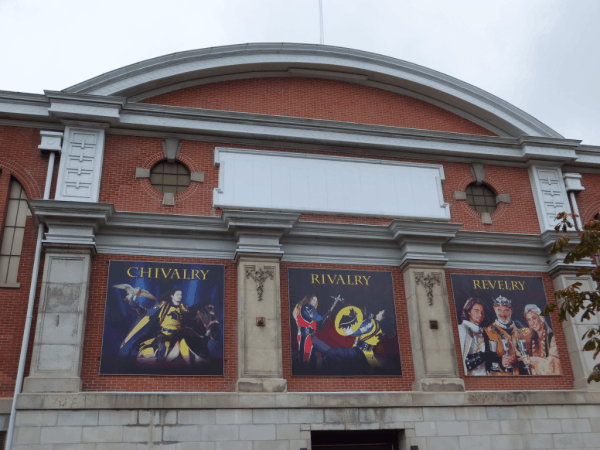 The Art Gallery of Ontario