Ultimate Dinosaurs at the Royal Ontario Museum in Toronto is a fun, engaging and educational exhibition for everyone.

One of our family’s favourite attractions in Toronto is the Royal Ontario Museum (The “ROM”).  The ROM is one of the world’s leading museums of natural history and of world cultures and has many engaging permanent exhibits as well as fantastic temporary exhibitions.  My 9 year old daughter, Emma, and I recently paid a visit to the ROM as we were keen to check out the world premier of the Ultimate Dinosaurs Exhibition.  Neither of us are particularly interested in dinosaurs but I had heard so much about this exhibition that I thought we should see it for ourselves.

Ultimate Dinosaurs: Giants from Gondwana is a limited time exhibition which is having its world premier at the ROM.  The exhibits use digital technologies to create an interactive experience which brings the dinosaurs to life through Augmented Reality. The exhibition promises: “an extraordinary opportunity to experience dinosaurs you’ve never seen before, in ways you’ve never imagined”.  This is the largest dinosaur exhibition in the ROM’s history and the largest exhibition of southern dinosaurs ever mounted in North America.  The exhibit includes the largest dinosaur ever mounted in Canada – so large that it had to be put on display in the ROM’s lobby. 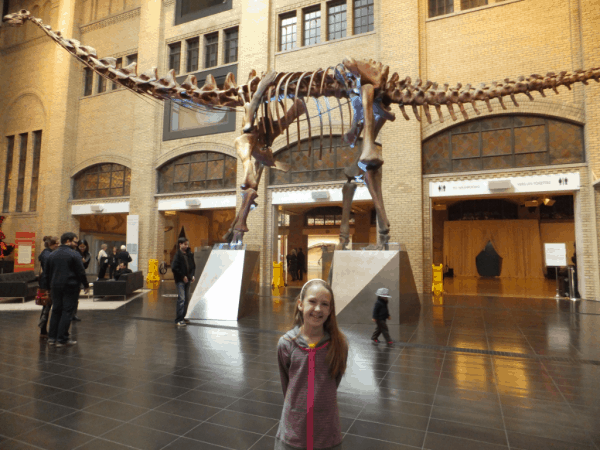 The lobby dinosaur at the ROM – Futalognkosaurus

Gondwana was the prehistoric supercontinent comprising the landmasses of Africa, South America, Australia, Antarctica, India and Madagascar.  It was formed when the giant supercontinent Pangaea broke in two about 150 million years ago and lasted for about 50 million years until it broke into individual continents.  The dinosaurs of this southern hemisphere continent evolved differently than those in the northern hemisphere which most of us are more familiar with.

The exhibition begins with a section that introduces the concept of plate tectonics and Darwin’s theories of evolution and natural selection.  The exhibition explains how continental drift affected the evolution of dinosaurs as one super continent split into two and then into several separate land masses. 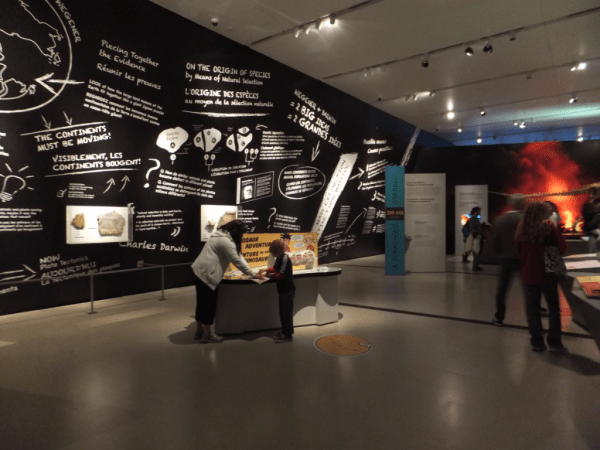 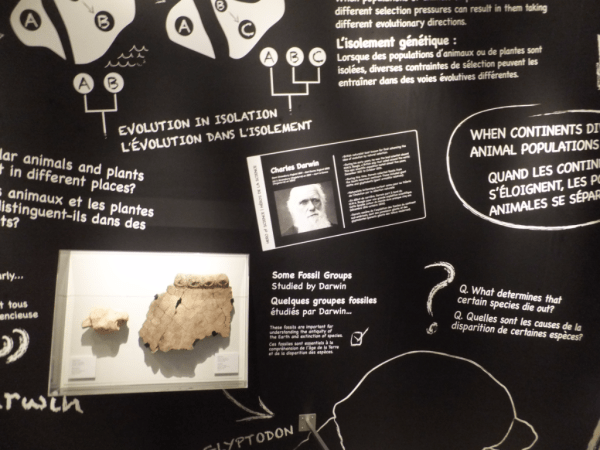 The exhibition features a number of interactive experiences such as walls that use body-scanning technology to react to the approach of visitors and iPad stations that allow users to play interactive games. 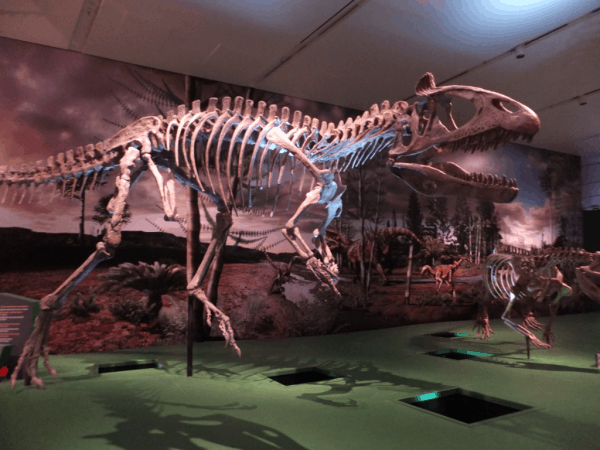 There are also real fossils on display that visitors are allowed to touch. 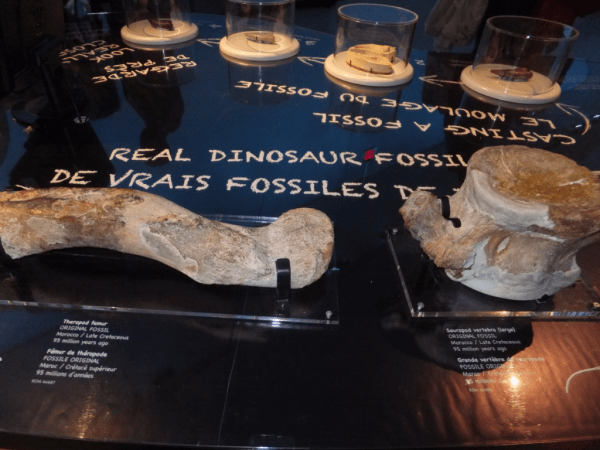 One of the coolest things about this exhibition are the three Augmented Reality (“AR”) stations which allow visitors to experience dinosaurs in unique ways such as fleshing-out a skeleton to see what it would have looked like when living.  What I didn’t know beforehand was that if you have an iPhone or iPad then the ROM Ultimate Dinosaurs app could have been downloaded and used at the AR stations as opposed to waiting a turn to use the iPads provided in the exhibition.  If we would have had our own iPad with us then we would have played in this area much longer. Outside the exit to the exhibition there is, of course, an opportunity to shop for a wide range of dinosaur-themed merchandise. 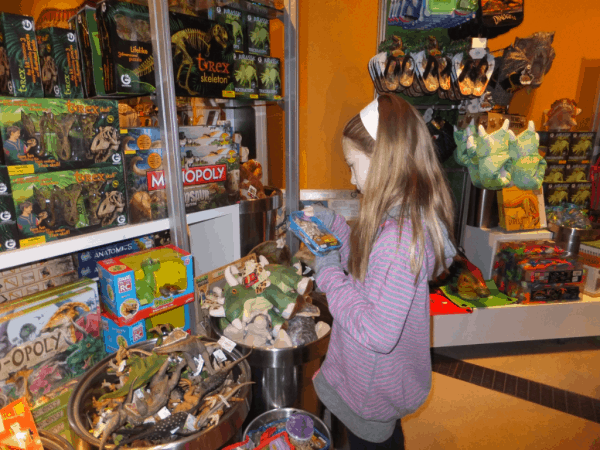 Shopping for dinosaurs at the ROM

Ultimate Dinosaurs is a fascinating exhibit – even for visitors who aren’t dinosaur enthusiasts.  The interactive displays and Augmented Reality stations are fun, engaging and educational for visitors of any age or knowledge level.  Dinosaur fans should definitely make a point of taking in this exhibit while it is at the ROM though as they are sure to be blown away by the displays.

The Art Gallery of Ontario

9 Tips for Taking Kids to an Art Museum