A tween’s dream weekend in New York City shopping at all the best stores.

My 9 year old daughter, Emma, loves to shop so it’s no surprise that she is completely in her element in New York City. We had quite a bit of fun on a recent weekend checking out all of the shops that she thought were really cool. Emma might have been indulged a bit on this trip because her older sister, Katie, was elsewhere in the city with her school choir preparing for their performance at Carnegie Hall. We spent the weekend doing what Emma wanted to do rather than trying to juggle competing interests and she thoroughly enjoyed it.

As soon as we finished our walk in Central park on Saturday morning we headed down town to Times Square and M&M’s World New York City. We had visited the Las Vegas location just a couple of weeks earlier so Emma was quite excited to return to candy heaven where choosing from the thousands of M&Ms is only part of the fun. She, of course, left the store with a bag full of candy but she had just as much fun browsing the merchandise and checking out the fun displays. 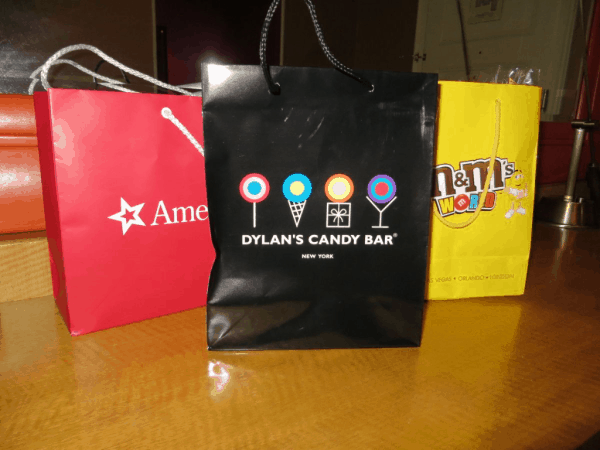 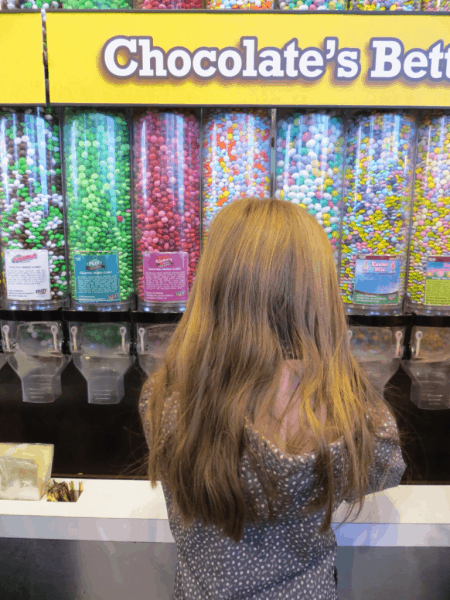 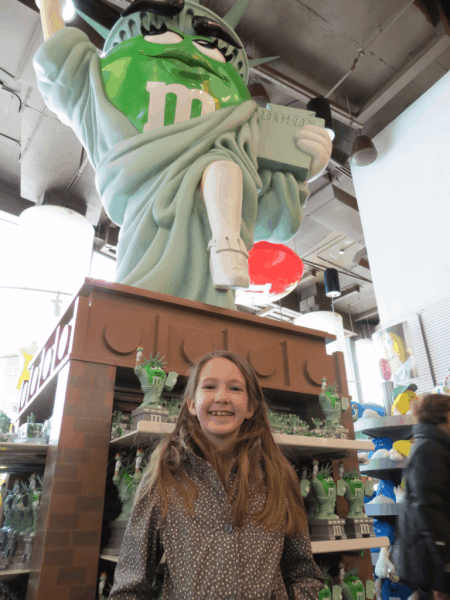 Both of my daughters have been big fans of American girl dolls since they were wee girls so we have visited both American Girl Place in Chicago and  the 5th Avenue New York location several times. We have banned any more doll purchases at this point but I agreed that we could stop by the store for Emma to browse and perhaps buy an outfit for her doll. She lucked out when we were there because we hadn’t made dinner plans and when we inquired at the Café there was an available table for the next seating. Emma had to borrow a doll to dine with us since she hadn’t brought one to New York with her and Josephina made a delightful dinner companion. (I spent years trying to convince either Katie or Emma to choose Josephina since she was my favourite doll but dining with her will be as close as I ever get.)

11 Tips for an Unforgettable Visit to an American Girl Store 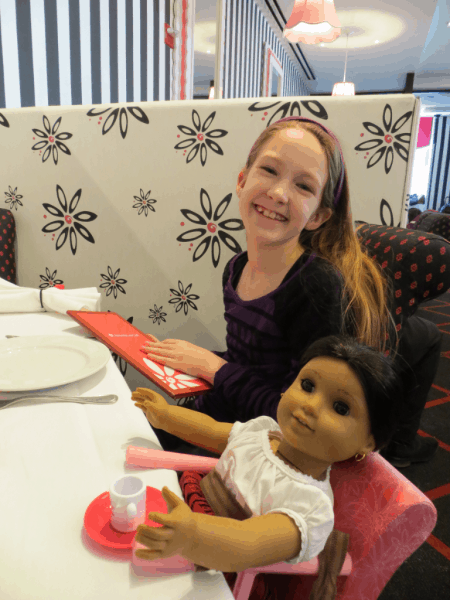 This legendary toy store on 5th Avenue is as must-see for anyone visiting New York City with kids. F.A.O. Schwarz has been in the toy-selling business for more than 150 years and a visit to the flagship store is an event that begins with a greeting at the door by a real-life toy soldier. Emma gets so excited the minute she walks through the door that she doesn’t know where to start darting from one toy display and demonstration to another. We were quite surprised this visit though to find an entire display of Beatles merchandise – I had no idea that kids were clamouring for Fab Four toys.

(Update: FAO Schwarz closed in 2015 but is reopening its flagship store at 30 Rockefeller Plaza in New York City on November 16, 2018.) 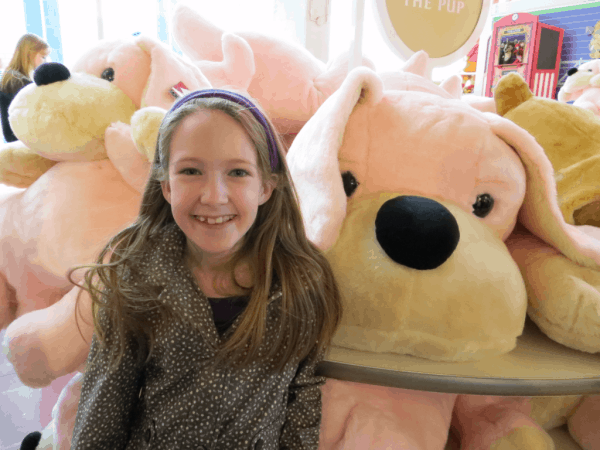 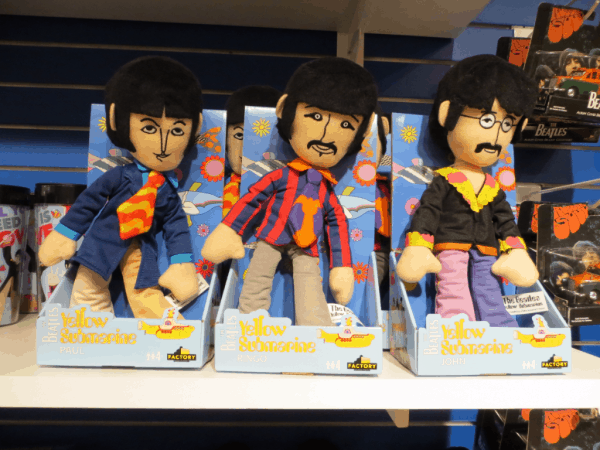 Every kid wants a Beatles doll??

The last time that we were in New York City we had planned to walk to Dylan’s Candy Bar after visiting the Guggenheim but due to miserable weather we hopped in a cab and back to our hotel instead. As a result, the candy store vaulted to the top of our must-see list this trip and Emma was ecstatic that we made it this time. The displays at Dylan’s Upper East Side flagship store are as attractive as the candy is delicious. We didn’t make it to the upstairs café though – that will have to wait for another trip. 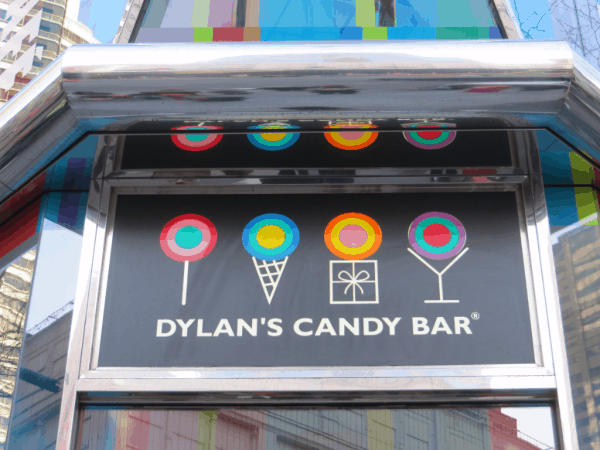 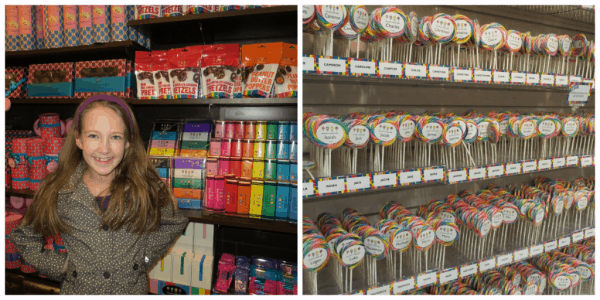 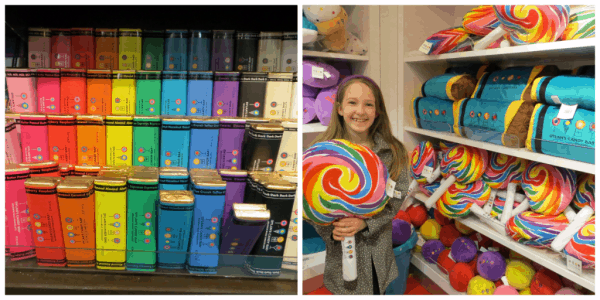 We have been to quite a few Disney stores but there’s something special about the Disney store on Broadway and its New York City themed merchandise. 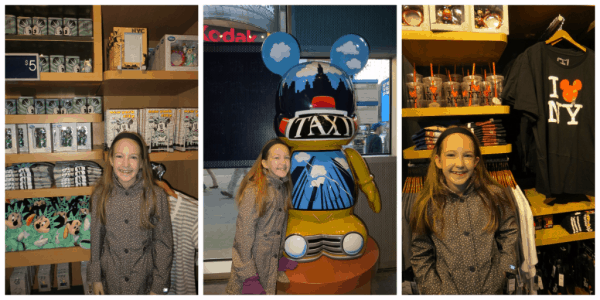 We had one more store to visit on Emma’s mid-town shopping adventure – Hershey’s Chocolate World Times Square which describes itself as the “sweetest place on earth“. No argument from Emma – she thinks that anyplace that has every imaginable variety of Hershey’s Kisses plus Reese’s Peanut Butter products is about as sweet a place as one could find. 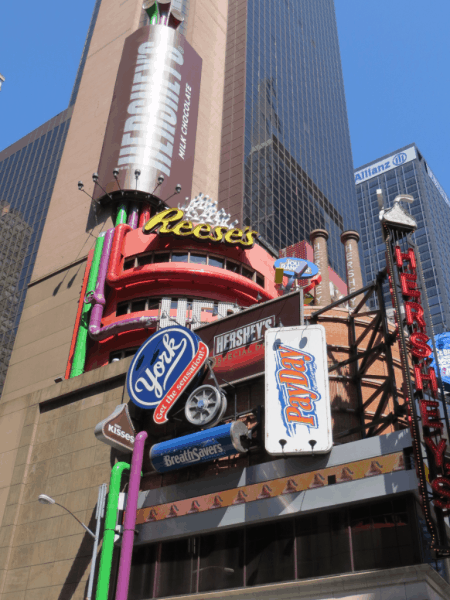 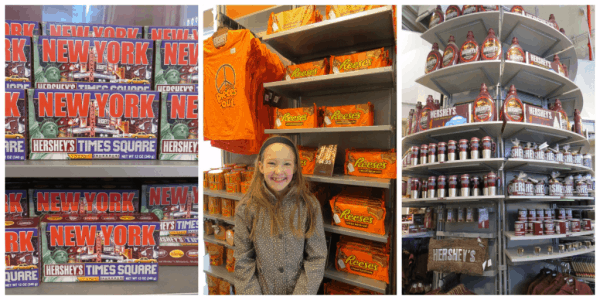 Is it any surprise that Emma announced that she would like to stay in New York City for a month?

My Goldilocks Weekend at the J.W. Marriott Essex House 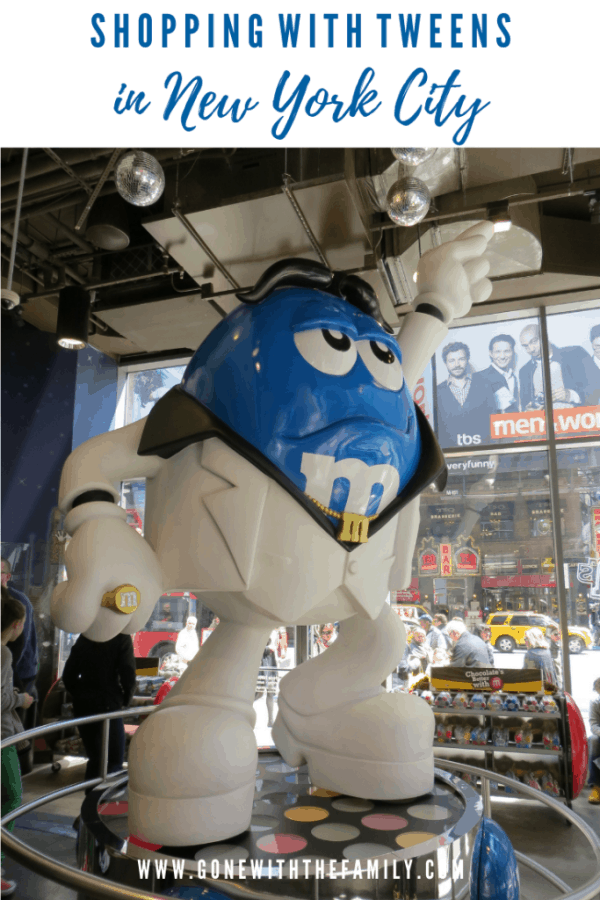