A tour of the diverse landscape of the future Rouge National Urban Park in metropolitan Toronto.

As part of the TBEX (travel media) conference that was recently held in Toronto, I had the opportunity to take a tour of the Future Rouge National Urban Park which encompasses more than 40 square kilometres and is accessible just a short distance from downtown. The tour was organized by Tourism Toronto and conducted by employees of Parks Canada and the Rouge Park.

Rouge Park, as it currently exists, was created in 1995 to protect the wilderness area located in the eastern sector of Canada’s largest metropolitan area. The park, which extends from the Oak Ridges Moraine north of the city to the sandy beaches of Lake Ontario, boasts a variety of ecosystems as well as two National Historic Sites and also has active farms operating within it.

In the May 2011 Throne Speech, the federal government announced its commitment to creating Canada’s first National Urban Park in the Rouge Valley under the stewardship of Parks Canada and a number of stakeholders have been hard at work on the initiative ever since.

Parks Canada envisions the creation of a “people’s park” which will “celebrate and protect, for current and future generations, a diverse landscape in Canada’s largest metropolitan area. Linking Lake Ontario with the Oak Ridges Moraine, the park will offer engaging and varied experiences, inspire personal connections to its natural beauty and rich history, promote a vibrant farming community, and encourage us to discover Canada’s national treasured places“. (from Rouge National Urban Park Initiative by Parks Canada) 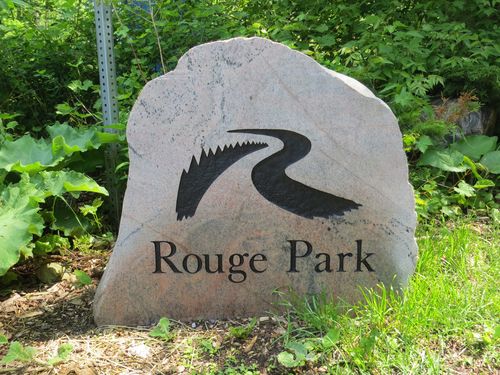 I was very excited to have the opportunity to take this tour and learn more about the establishment of Canada’s first National Urban Park. Our tour lasted about 6 hours, including transportation time, and with the size of the park it didn’t allow us a great deal of time for exploration but did provide an introduction to the park and its diversity.

We had a brief stop in the Bob Hunter Memorial Park area named after the Canadian environmentalist and journalist. 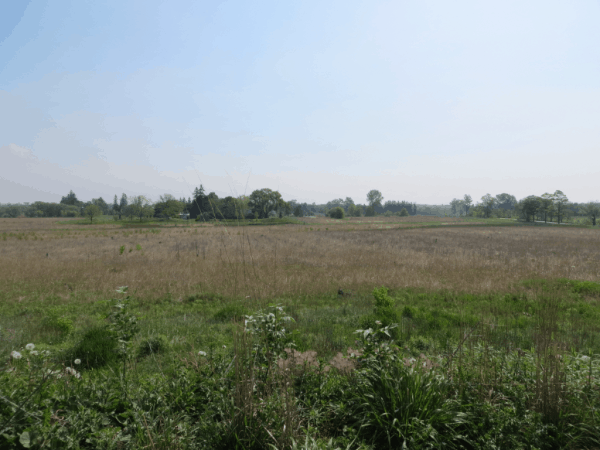 Our second stop was in the Woodland Trail area which was once cottage country for Toronto residents prior to being flooded by Hurricane Hazel in the 1950s. A walk along a relatively easy trail led us to the Little Rouge Creek where we paused to enjoy a picnic lunch. Exploring woodland trails in the park Creek in the Woodland area

Our next stop was the Vista Trailhead where we had excellent views over the valley from a viewing deck. 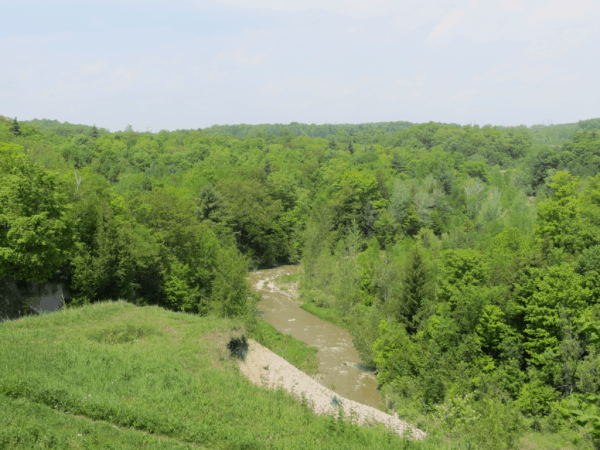 My favourite stop on the tour was the final one at Rouge Beach where we were able to view the marshy wetlands of the Rouge River as well as the sandy shoreline of Lake Ontario. We saw a blue heron and other birds in the marsh, men fishing under the trestle of a bridge at the point where the river runs to the lake, and families and sunbathers enjoying the hot, sunny afternoon on the beach. 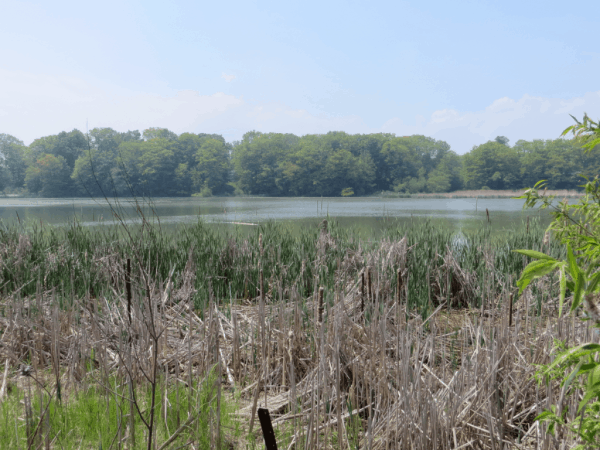 The marshes at Rouge Beach What I found most impressive about the park was the incredible diversity within it and the enthusiasm of the people who are involved in establishing a Canadian first. It will be quite interesting to watch the park develop and observe how it is used both by residents and by visitors to the region. 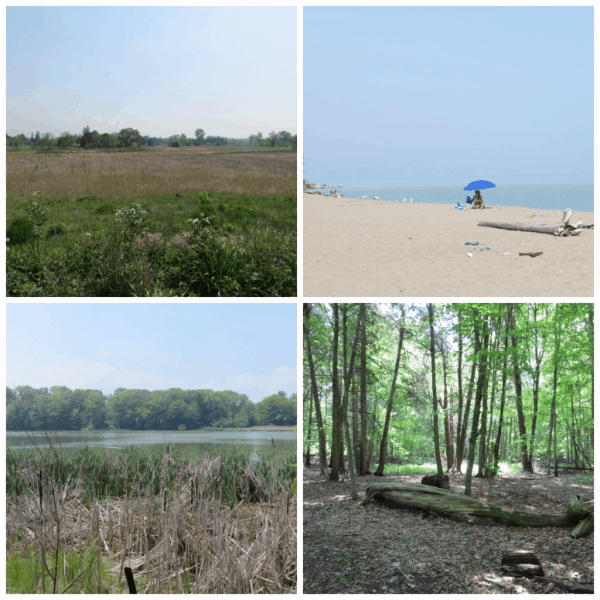 The diversity of Rouge Park