An excellent guided tour of the Hamilton Museum of Steam and Technology demonstrates just how interesting the history of industrialization can be.

The Hamilton Museum of Steam and Technology is housed in the original 1859 Hamilton Waterworks building and is both a National Historic Site of Canada and a Canadian Civil Engineering Landmark. This is the only remaining facility from that time period in North America and the pumping engines are the oldest surviving examples of their kind. 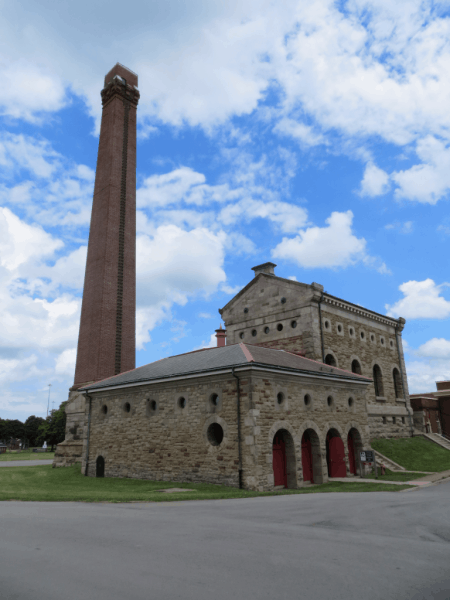 The Hamilton Museum of Steam and Technology

During the mid-19th century, the population of Hamilton was increasing rapidly but as the city expanded it was also plagued by increased contamination of the water supply and resultant sickness. Cholera was killing large numbers of people each year and when it was discovered that the sickness was a result of drinking polluted water the City of Hamilton set about finding a way to provide clean water to its residents.

This led to the creation of the Hamilton Waterworks and the construction of a system to deliver clean drinking water to city residents and also to provide water to hydrants to protect the downtown area from fires. The museum’s exhibits (and a model of the steam engine) do an excellent job of explaining the problem and the solution that was developed by the city’s engineers in a way that both adults and school-aged children can understand. 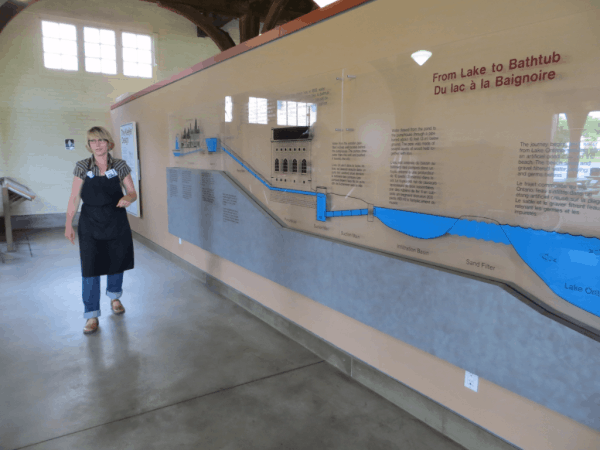 Display showing how water was pumped from Lake Ontario 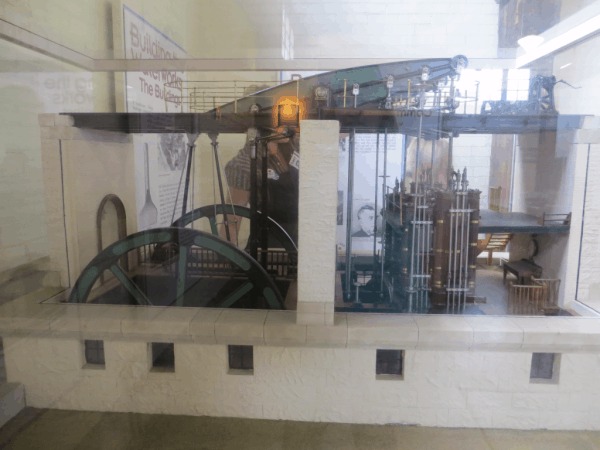 A model of the steam engines

Visitors who wish to see the Pumphouse and a demonstration of the operation of the steam engines may take a guided tour of the museum. This tour was the biggest surprise of the day for me. I never would have imagined that my nearly 10 year-old daughter would have any interest in steam engine technology but I was dead wrong. This museum is one of those attractions where a good tour guide makes all the difference in the world. If Emma and I had been visiting a facility such as this on our own, with my limited knowledge of engineering and machinery, then I’m sure we would have succumbed to boredom very quickly. As it was, we were treated to a wonderful tour by an engaging and informed guide. Nancy’s enthusiasm about the subject matter was contagious and Emma was both attentive and curious about the operation of the steam engines. By the end of our tour, I was thoroughly impressed by how much we had learned in a short period of time and my daughter was insisting on a return visit which is always a sure sign of a successful outing.

The museum has permanent as well as seasonal exhibits. During our visit we were able to take in the Slippery When Wet exhibit which had activities and games to teach kids about water in a fun and interactive way. 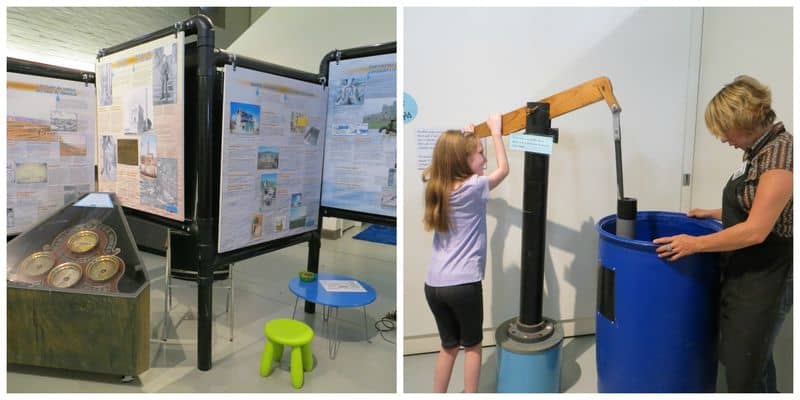 Golden Horseshoe Live Steamer Days with free family-friendly events are also held at the museum during the summer months. On Steamer Days, there are free guided tours of the museum (from 11-4) and visitors can experience rides on miniature steam trains. Upcoming dates for this year include September 7th, 8th and 29th.

The Hamilton Museum of Steam and Technology is a unique attraction that is well worth a visit to learn more about the history of industrial development in the region.

The Royal Botanical Gardens in Photos

We were provided with complimentary admission to the Museum of Steam and Technology.