A pitstop at Mastodon Ridge in Stewiacke, Nova Scotia is more entertaining than I ever would have imagined.

Our first car trip between the Canadian provinces of Nova Scotia and Prince Edward Island was completely unplanned.  Katie was not quite 2 years old and we had been spending a week on the island at the tail end of the summer.  Partway into our week, the pilots at Air Canada went on strike and we suddenly had no easy way to return home as there were no other airlines that flew directly from Charlottetown to Toronto.

After many hours spent on the phone, we were able to get booked on a flight from Halifax, Nova Scotia to Ottawa, Ontario which meant that we would have two long drives at each end of our flight.  On the morning of our departure we left our cottage in PEI, knowing that we had most of the day to get to Halifax and that we would need to make a couple of pitstops along the way to entertain Katie and break up the drive. 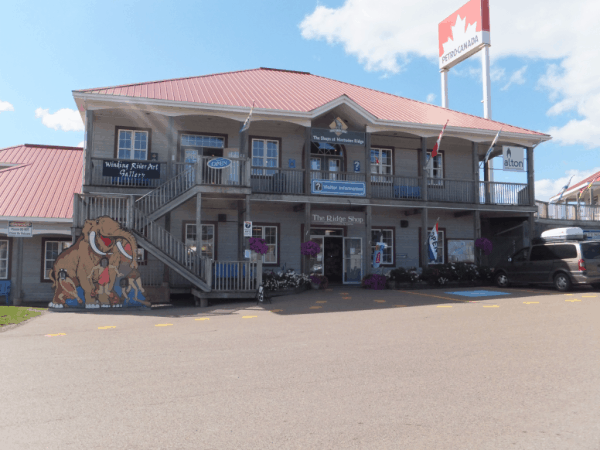 Our first stop was at a gas station/rest stop in Stewiacke, Nova Scotia, a community that we hadn’t heard of before.  We soon learned that Stewiacke’s claim to fame is that it sits exactly halfway between the Equator and the North Pole and that we weren’t at just any old service station but an attraction, in and of itself, called Mastodon Ridge.  We spent some time stretching legs, taking photos with the mastodon and having a snack before piling back in the car and heading toward Halifax. 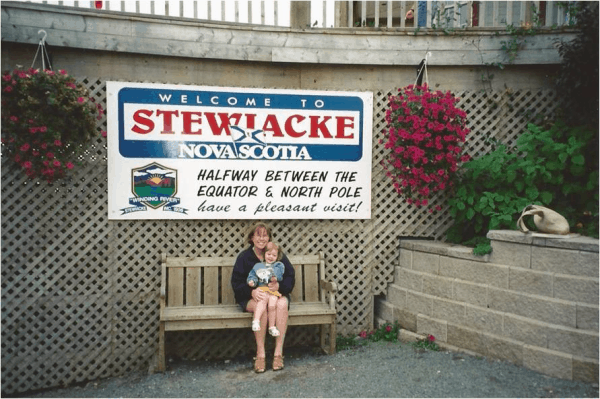 Katie and me in Stewiacke, Nova Scotia – September 1998

Fast forward a few years to the summer of 2006 and our family, which had grown to four, had spent a few nights in Halifax before driving to Cape Breton Island.  This time we knew that Stewiacke would be a fun place to stop and stretch legs in the midst of a long car trip.  All I remembered from our first visit eight years earlier was the Mastodon and the “Halfway Between the Equator & North Pole” sign.  There seemed, however, to have been some development of Mastodon Ridge in the intervening years. 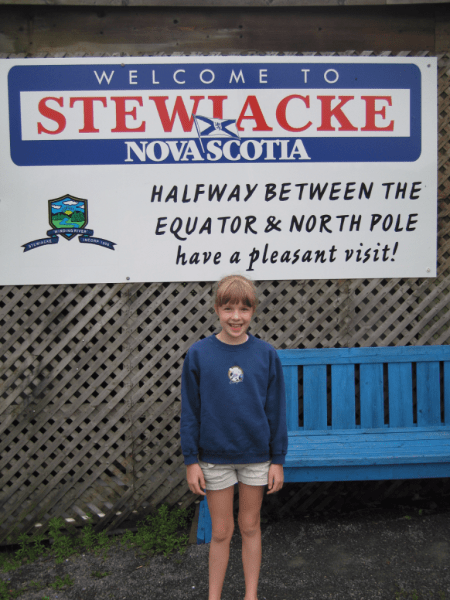 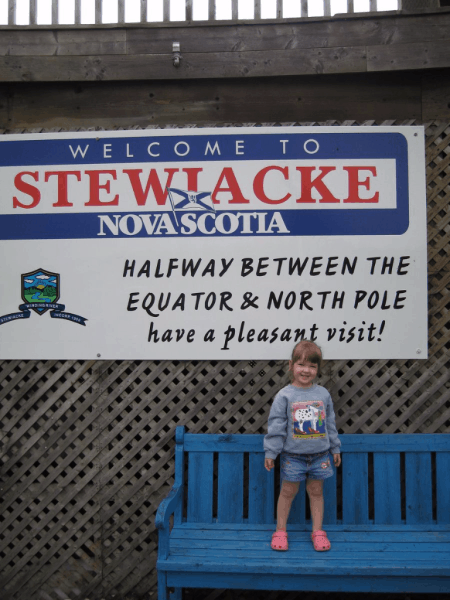 Mastodon Ridge is named for the life-size replica of a mastodon which is on display.  The replica is based on the male juvenile mastodon whose bones were unearthed in nearby Milford, Nova Scotia in 1991.  Since our previous visit a stone age house and car had been added, turning the garden area into a fun little playground that the girls thoroughly enjoyed.  We also spent some time browsing an indoor exhibit, had a snack and did a bit of shopping before it was time to hit the road again. 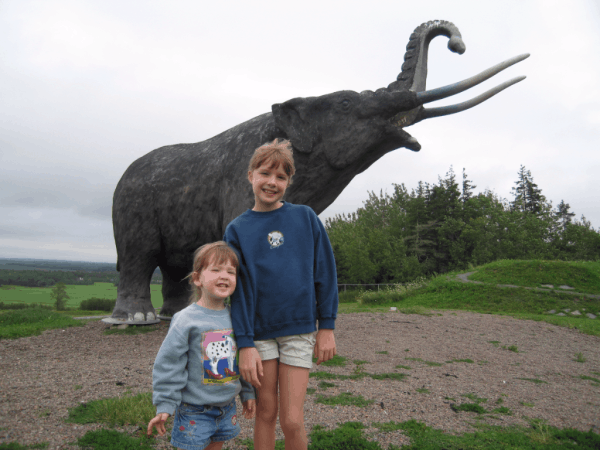 Katie and Emma with Stewiacke’s Mastodon 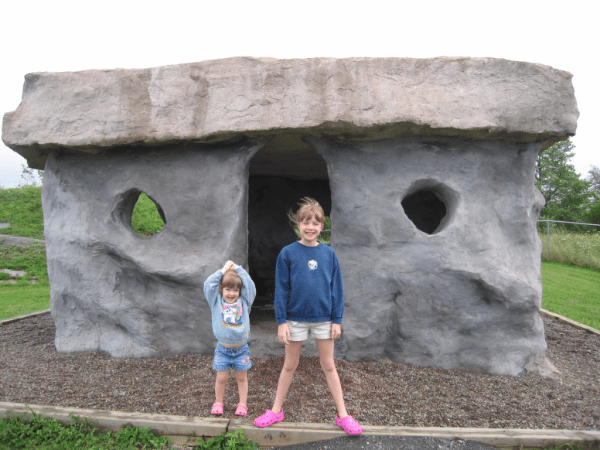 A lovely house from the stone age 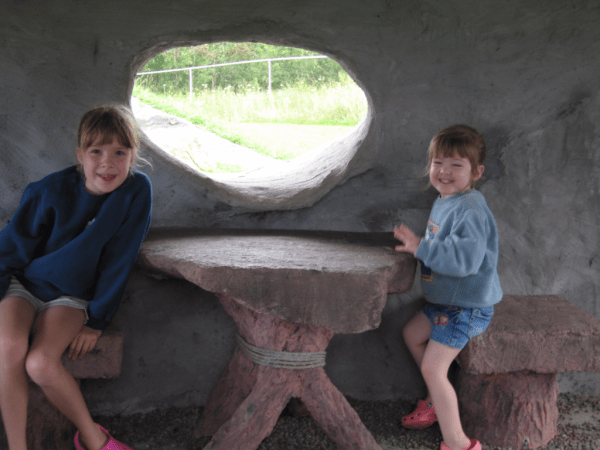 Playing inside the house 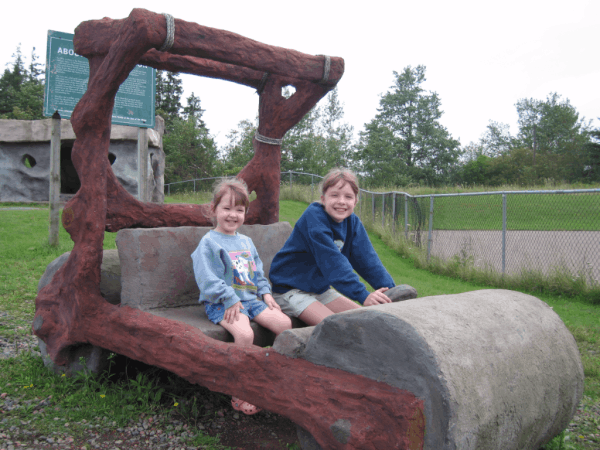 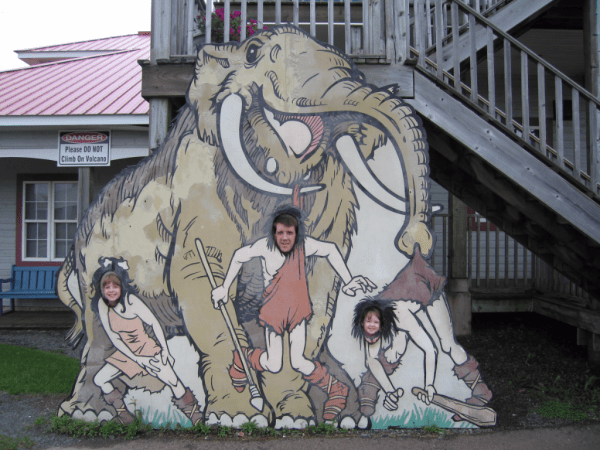 I did a quick online search to find out what there is to do at Mastodon Ridge now and found that activities/attractions now include: 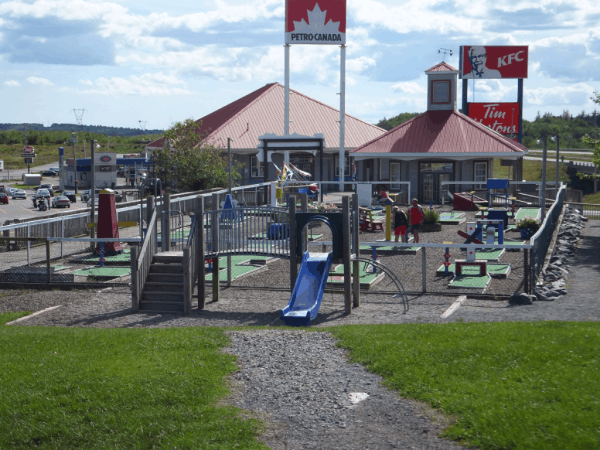 We will be driving from Halifax to Prince Edward Island once again this summer so we will be sure to include a pitstop in Stewiacke to see how much has changed midway between the Equator and the North Pole and to get one of those certificates to prove that we’ve been.

UPDATE: Of course, we stopped in Stewiacke again when passing by in 2012 but we forgot to get one of the certificates! 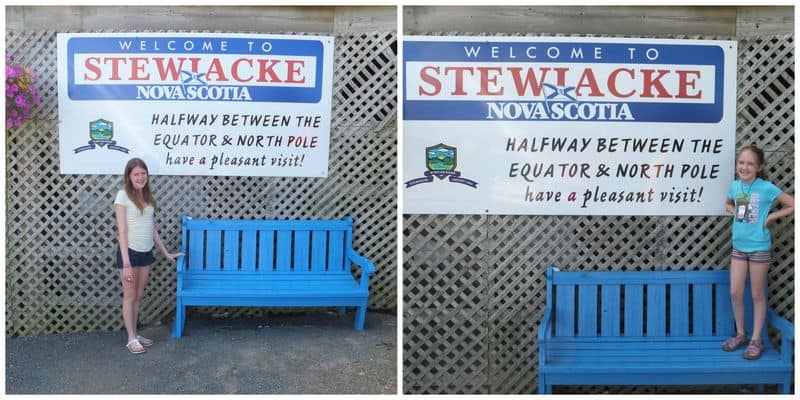