Anyone who likes quirky attractions should consider a stop in Elliston, Newfoundland – The Root Cellar Capital of the World.

I had never heard of Elliston, Newfoundland before visiting there this past summer and it was quite by accident that we discovered this small town on the Bonavista peninsula. We were staying at Terra Nova Resort and planned a day trip to Trinity and Bonavista. While reading a provincial visitors’ guide we noted that there was a puffin viewing site in Elliston en route to Bonavista and since our Witless Bay tour hadn’t gone quite according to plan, we decided that it would be worth a stop.

As we drove into Elliston, the first thing that I noticed was the welcome sign proclaiming that the town was “The Root Cellar Capital of the World“. 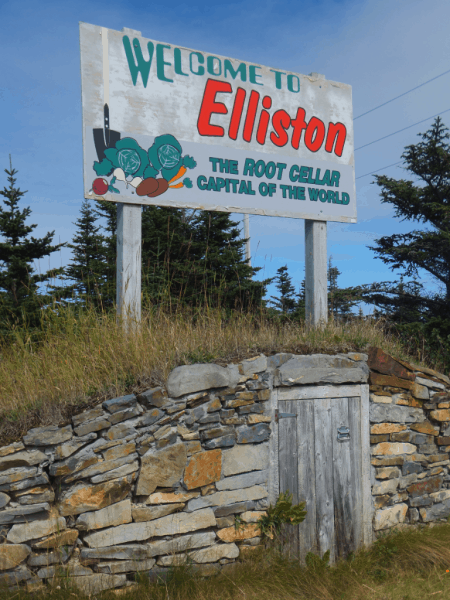 Elliston – The Root Cellar Capital of the World

Root cellars were an outdoor storage system widely used prior to the existence of electricity to keep vegetables cool during the summer months and to prevent them from freezing in the winter. The town of Elliston apparently boasts more than 135 of these structures – some of which have survived for more than 200 years – and that gives the town the right to lay claim to the title of Root Cellar Capital of the World.

One of Elliston’s root cellars

We stopped to have a look at 4 or 5 that were located near the puffin colony and that was sufficient root cellar viewing for us.

Thumbs up for the root cellar

In addition to the puffin colony which is accessible by foot, Elliston also has several hiking trails and a beautiful sandy beach which is perfect for a dip in the Atlantic Ocean. During the spring, visitors can watch as icebergs float by the coastline and in the summer they might even catch a glimpse of a whale not far from shore.

I understand that the root cellars have historical significance, but I was a bit confused as to why they would figure so prominently in a town’s promotion of itself when there was so much natural beauty all around. They certainly rank as one of the quirkiest attractions that I have ever seen though. 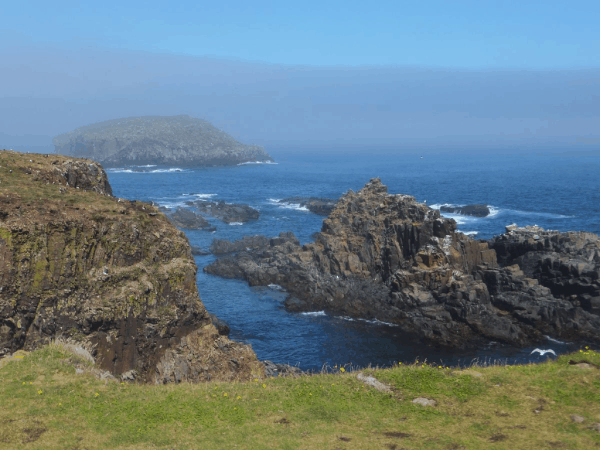 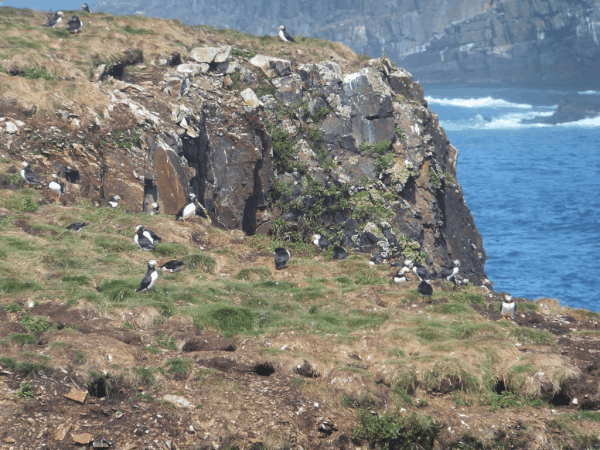 Puffins on the cliffs in Elliston

What do you think – would you be more likely to stop in Elliston for the views or the root cellars?