7 family-friendly things to do in Halifax, Nova Scotia.

Generally speaking, Atlantic Canada is one of the most family-friendly destinations in the country and Halifax, Nova Scotia is certainly no exception.

This post contains affiliate links. If you click an affiliate link and make a purchase then Gone with the Family may receive a small commission at no additional cost to you.

This lovely capital city, located on one of the world’s largest natural harbours, has everything a family could want in a vacation destination – fun historical sites, interesting and educational museums, outdoor adventure, and delicious food – all in a casual, laid-back environment.

These are our top 7 family-friendly activities for the city of Halifax.

The maritime city of Halifax is best enjoyed from the water and there are several family-friendly cruise options available. One of the most popular is the Harbour Hopper (check rates and reviews/book tickets on TripAdvisor) amphibious vehicle which takes passengers on a fully-narrated tour through the streets of historic downtown Halifax before plunging into the harbour for spectacular views of the city from the water. Families with little ones will be thrilled with the 30 minute Theodore Tugboat harbour tours which are based on the popular children’s television series and designed specifically for children. Spending an afternoon sailing the harbour on a historic schooner is another great option for families. The Tall Ship Silva has a Junior Sailor Program where kids can learn the ropes and raise the sails with the crew. 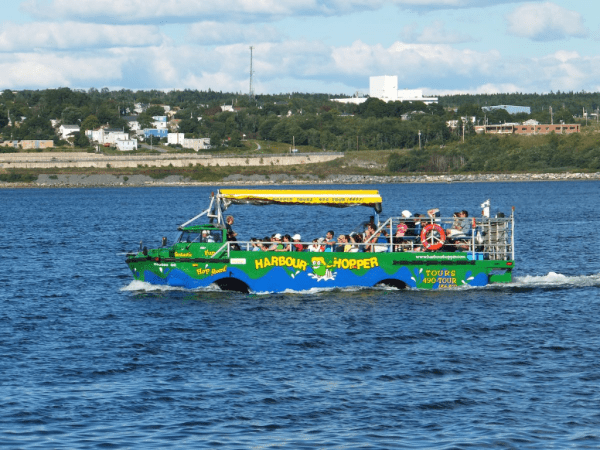 The Harbour Hopper – tour by land and by sea 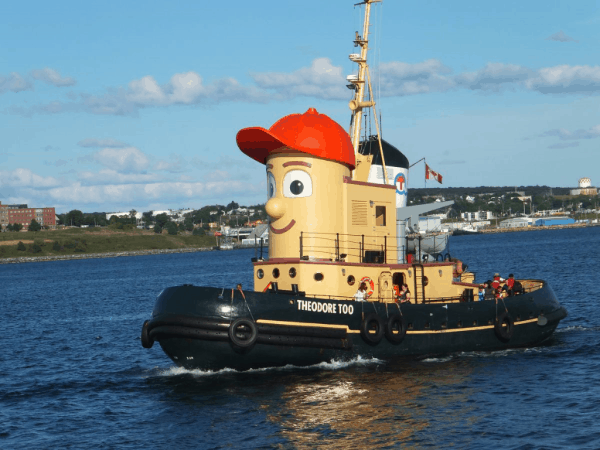 Climb to the Citadel

Kids will have fun learning a bit of history at the Halifax Citadel, a national landmark that commemorates the naval role Halifax played in the British Empire. The impressive star-shaped structure with defensive ditch and earthen ramparts is operated by Parks Canada and has been restored to the mid-Victorian period circa 1869. The Old Town Clock on Citadel Hill, one of the most recognized landmarks in the city of Halifax, is now also part of this National Historic Site. The clock, which was a gift from Prince Edward, Duke of Kent, was installed in 1803 and, although the building has undergone reconstruction, the original clockworks are still in use. (Check reviews/book tickets in advance for the Halifax Citadel on TripAdvisor).

The Citadel is a family-friendly attraction that does a great job of bringing history to life for visitors through engaging activities and the fact that it is primarily an outdoor attraction doesn’t hurt either. Posing with stony-faced guards in kilts is always entertaining too! The Citadel is open from May to October and visitors can take self-guided tours around the site of soldiers’ barracks, the schoolroom, a guard room, the signal post, prison cells and more. Guided tours are also available for those who want a comprehensive overview of the fort and its history. As part of the Citadel’s living history program, the 78th Highlanders (circa 1869) participate in sentry changes, the noon gun firing, performances of the pipes and drums, and rifle and cannon firing demonstrations. The Citadel also features the Parks Canada’s Xplorers program for kids ages 6-11. Kids who pick up a free booklet and complete at least five of the activities will receive a certificate and souvenir to remember their visit. 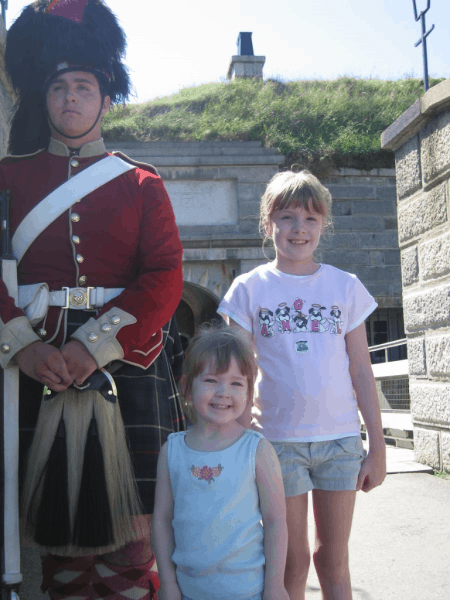 Guard outside the Citadel 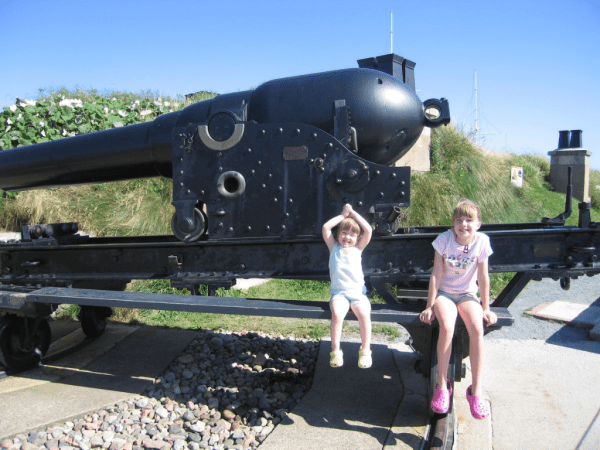 Playing at the Halifax Citadel 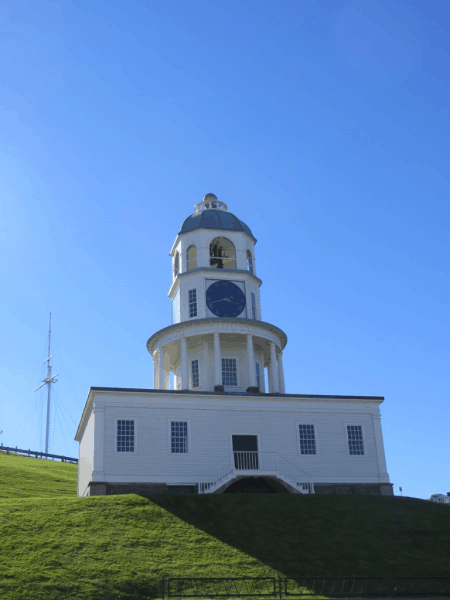 Relax in the Public Gardens

The Halifax Public Gardens are Victorian-style gardens located in the heart of the city. The 18 acre site was officially opened in 1867 (the year of Canadian Confederation) and declared a National Historic Site of Canada in 1984. The gardens are a beautiful setting for a walk and to spend time outdoors on a lovely day. Playing is encouraged on the Family Lawn but elsewhere in the gardens, visitors are expected to stay on the pathways rather than the grass. There’s also a lovely little café which is the perfect place to stop for a small bite to eat or some hand-paddled ice cream. 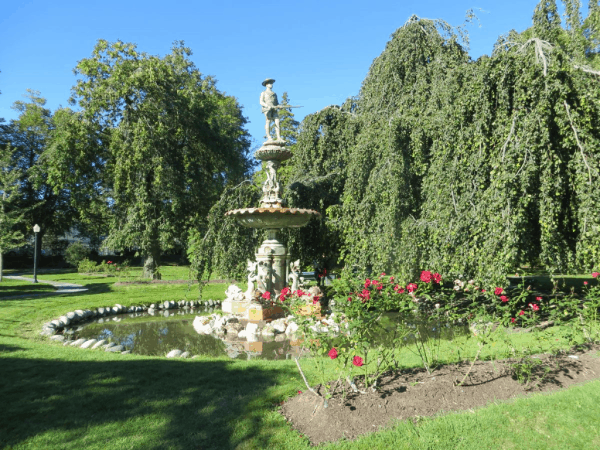 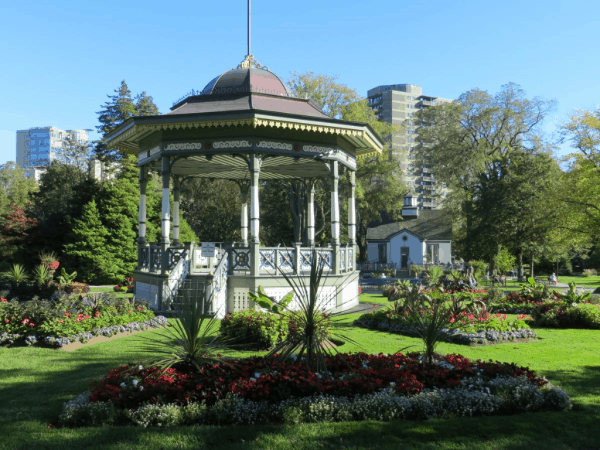 Bandstand in the Public Gardens

Explore Maritime Museum of the Atlantic

The Maritime Museum of the Atlantic, located on the Halifax waterfront, is the oldest and largest maritime museum in Canada. The museum, open year-round, is the place to learn about the maritime heritage of Halifax including ship building, the Halifax Explosion of 1917 and the role that Halifax played in the aftermath of the Titanic disaster. This museum, which is probably best suited for school-aged kids, is a great place to spend a couple of hours – particularly if looking for an indoor attraction when the weather is less than ideal. 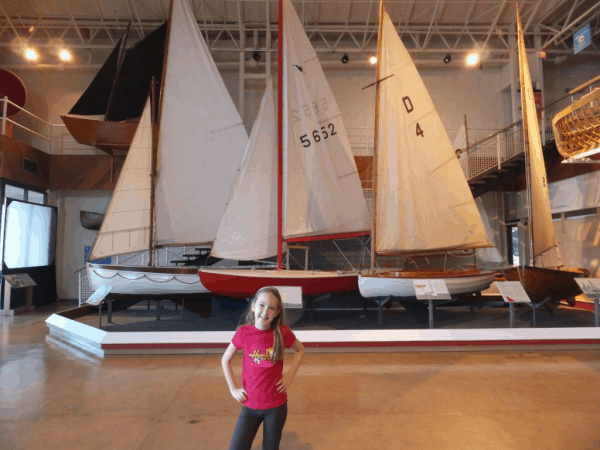 Exploring the Maritime Museum of the Atlantic 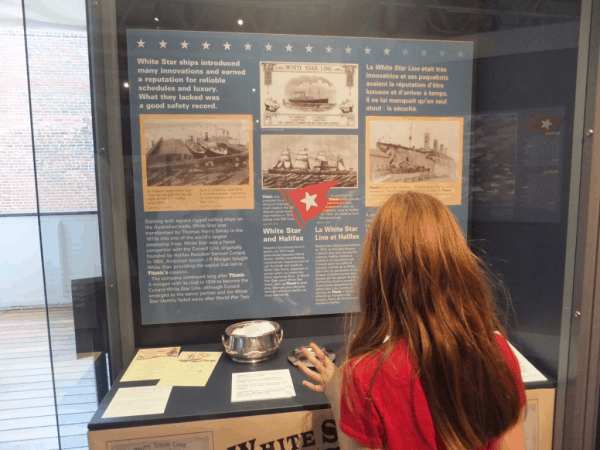 Examining a Titanic exhibit at the Museum

Learn about Immigration at Pier 21

The Canadian Museum of Immigration at Pier 21 celebrates Canada’s immigration story. Pier 21 was the gateway for a million immigrants to Canada between 1928 and 1971 including refugees, war brides, displaced persons, and evacuee children. Visitors to the museum will learn about the importance that immigration played in the building of Canada, the experience of immigrants who were arriving in Canada, and the contributions that immigrants have made to Canadian society. The museum continues to collect stories from Canadian immigrants as part of the Scotiabank Family History Centre. The exhibits are thought-provoking and do an excellent job of conveying what it must have been like for immigrants to pack up their lives and move to a new country. Pier 21 is a museum which is also probably best suited to school-aged kids. 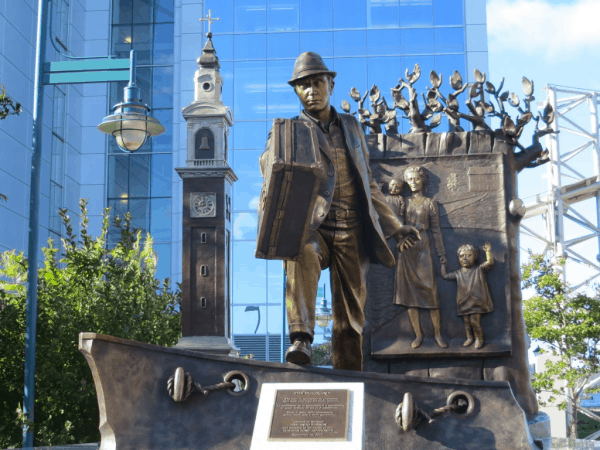 The Emigrant sculpture in the Halifax Seaport District 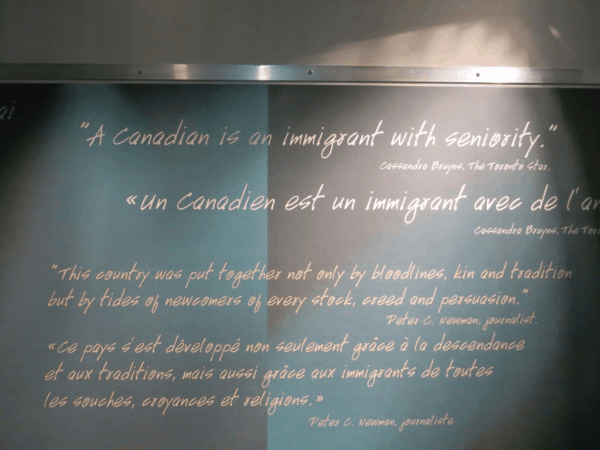 One of our favourite things to do in Halifax is simply stroll the boardwalk along the waterfront where there are unique shops to browse, places to eat and often entertainment as well. Many of the shops and restaurants are located in the Historic Properties which has some of the city’s oldest buildings constructed in the late 1700s to early 1800s. The Halifax Wave and Playground is just outside the Maritime Museum of the Atlantic and is ideal for young kids. Walk the length of the boardwalk and you will reach the Halifax Seaport where you can see the ships in port, shop at the Halifax Seaport Farmer’s Market or visit Pier 21. All of this walking is best done while enjoying a cone from Cows Ice Cream which may well be the best in the world. 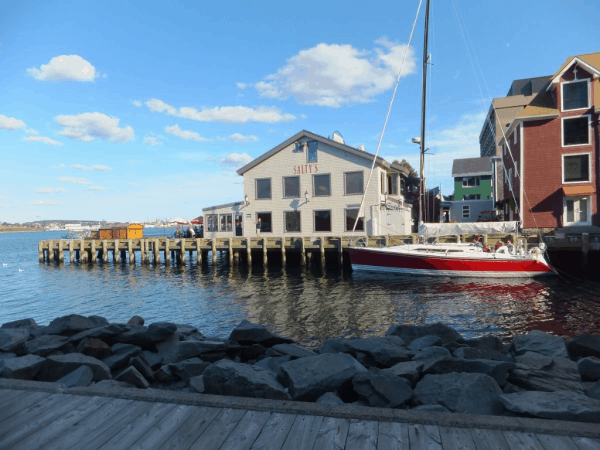 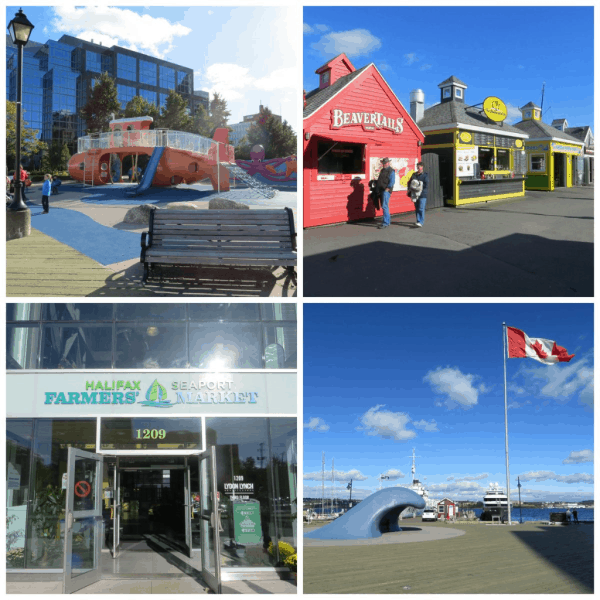 Eat As Much Seafood As Possible

Anyone who loves seafood will be spoiled for choice in Halifax. My kids love the fish and chips and lobster rolls at Murphy’s Cable Wharf Restaurant on the waterfront. My best advice is to try as many eating establishments as possible in order to have an informed opinion as to the best seafood in Halifax. 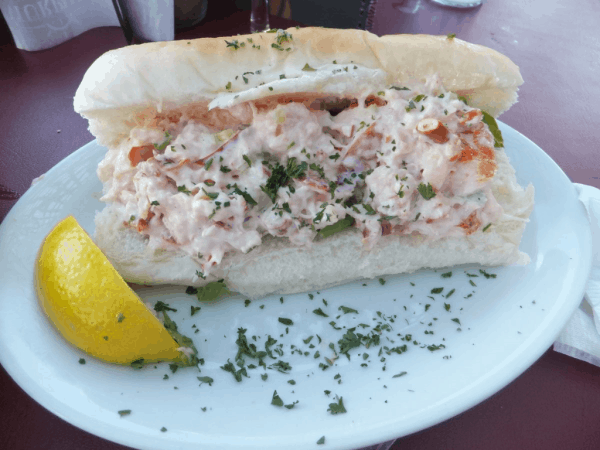 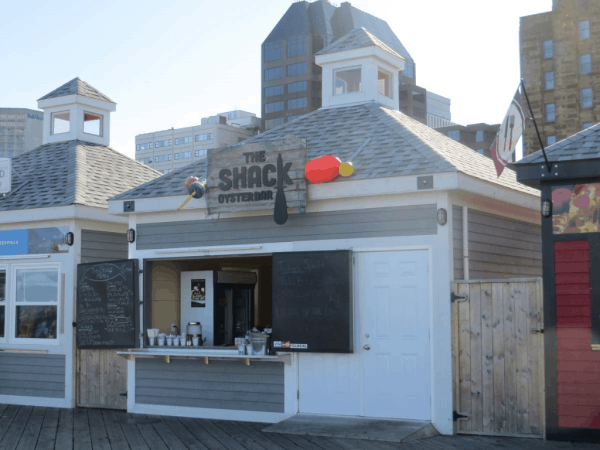 The Shack Oyster bar on the waterfront

For more information on planning a trip to Halifax visit the Destination Halifax or Nova Scotia websites.

Looking for a hotel in Halifax? Check rates and reviews on TripAdvisor!

A Stroll Through the Halifax Public Gardens

Sign up now for a FREE email subscription and new posts will be delivered directly to your in-box.