The best things to see and do at Disneyland in California during the Halloween season.

There are a lot of things that Disney does well but when it comes to holiday celebrations everyone else pales by comparison. I knew this firsthand from having visited both of the North American Disney parks at Christmas in past years but was reminded of it on a recent visit to Disneyland in Southern California. Halloween Time was in full swing at the park and I discovered that the magic of Disney is as much on display at this time of year as it is at Christmas.

Halloween Time at the Disneyland Resort – September 7 through October 31, 2018

The Halloween celebration at Disneyland runs from September through until Halloween and during that time guests are treated to seasonal fun throughout the park from spooky (but not too spooky!) decorations to Halloween-themed rides. These are my picks for 6 of the best things to see and do at Disneyland during Halloween Time.

As you arrive at the entrance gates to Disneyland Park you will be greeted by Disney’s Fab 5 in pumpkin form which sets the Halloween mood in the best possible way. If you are arriving at the park first thing in the morning though it’s best to avoid the temptation to linger and plan instead to return mid-afternoon when it’s less crowded and you have the time to appreciate and photograph the Halloween decorations on Main Street U.S.A. leading up to Sleeping Beauty’s Castle. The shops along Main Street are decorated for the season with pumpkin displays on the second story ledges and there is a gigantic Mickey Mouse pumpkin which offers the perfect family photo op with the Castle in the background. My favourite seasonal touch is the carved pumpkins representing each of the park’s lands that encircle the Partners statue of Walt and Mickey in front of Sleeping Beauty’s Castle. 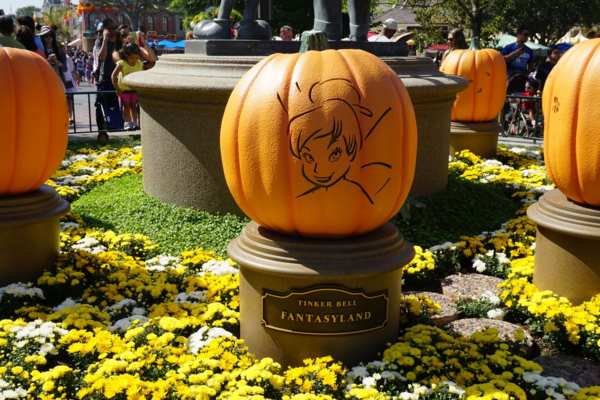 One of my favourite Disney rides has always been The Haunted Mansion and it’s even better when themed for the holidays. From mid-September through New Year’s the ride is transformed into Haunted Mansion Holiday when Jack Skellington from Tim Burton’s The Nightmare Before Christmas gives the mansion a makeover. You might want to ride it several times to be certain not to miss any of the details including the much talked about return of the Hatbox ghost and the gingerbread house of cards. Space Mountain also undergoes a transformation for Halloween becoming Ghost Galaxy when it’s overtaken by a mysterious and powerful phantom. I wasn’t brave enough to ride this one but I hear that it is awesome for older kids and adults. 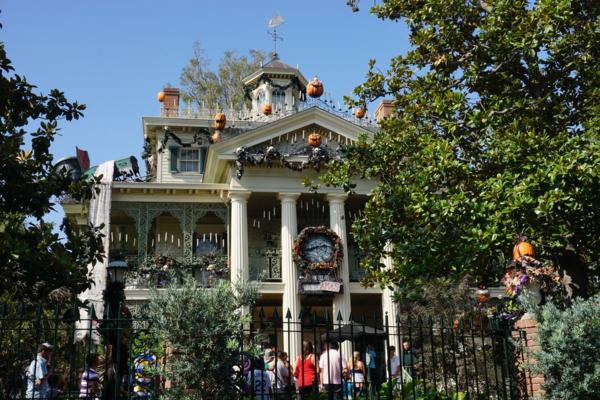 The Haunted Mansion at Halloween

One of the highlights of the season is Mickey’s Halloween Party which is held on select nights in September and October at Disneyland Park. This not-so-frightful event is a special ticketed event which means that the park is closed to everyone who hasn’t purchased tickets for the party. Ticket holders can arrive at the park up to three hours prior to the start of the party but if you want to spend the entire day then you will need to purchase a regular admission ticket in addition to the ticket for the party. Kids and adults alike are encouraged to come in costume to this event (the only time that adults are permitted to dress up when visiting Disney Parks) to enjoy trick-or-treating, photos with Disney pals and Disney villains, holiday entertainment and access to all the attractions. The event also includes the Halloween Screams fireworks spectacular which is exclusively presented on the nights of Mickey’s Halloween Party and the all-new Paint the Night electrical parade which features more than 1.5 million glowing LED lights. I didn’t have the chance to experience Mickey’s Halloween Party for myself but it is definitely on my wish list! 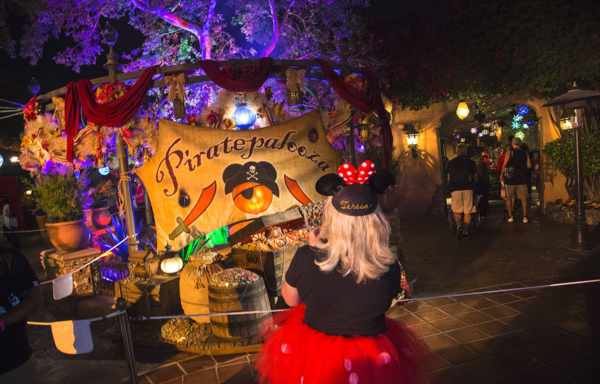 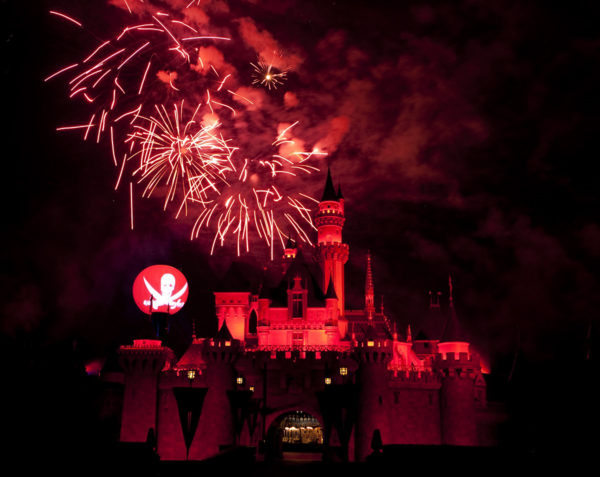 Frontierland is the place to be during the Halloween season. There’s a fabulous Dia de los Muertos (Day of the Dead) display with skeleton figurines and brightly coloured flowers outside the Rancho del Zocalo Restaurant in celebration of the Mexican holiday.

One of my absolute favourite things about Disney is seeing the characters in different costumes. I have even been known to force (or bribe) one kid or the other to line up to meet a character just so I could get a photo in a unique costume. It should come as no surprise then that I loved having an opportunity to see some of the characters at Disneyland dressed in their Halloween costumes. I bumped into Mickey, Minnie, Goofy and Chip and Dale in their Halloween costumes in Town Square and also saw Jack Skellington and Sally in New Orleans Square but there are many other characters to be found especially at Mickey’s Halloween Party. 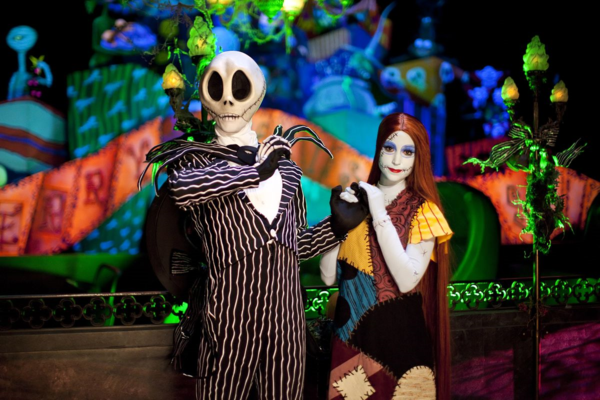 Shopping for the perfect souvenir is an important part of the Disney experience and it’s even more fun at Halloween when the shops around the park, the resort hotels and in Downtown Disney are filled with themed merchandise including home decor, Halloween-themed ear hats or headbands, souvenir t-shirts and plush toys. And I dare you to even try to walk past any of the park bakeries displaying their delectable seasonal specialties in the window – these Halloween themed treats are simply to die for (I couldn’t resist)! 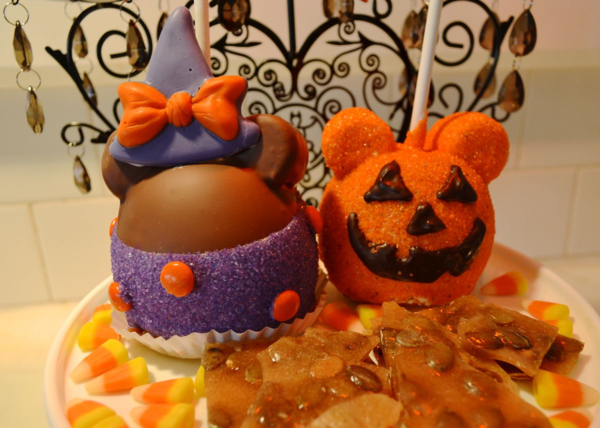 Fall has to be one of the best times of the year to visit the Disneyland Park. It’s a little less crowded and not quite as hot as it is during the summer and all the fabulous Halloween theming makes it seem all the more magical. I think it just might have become my favourite time to visit!

Tips for Visiting Disneyland at Halloween

Have you visited one of the Disney Parks during the Halloween season? What did you like best?

I visited Southern California as a guest of CityPASS and Disneyland. My opinions are, as always, my own. This post may contain affiliate links which help support this site at no additional cost to you. We are a participant in the Amazon Services LLC Associates Program, an affiliate advertising program designed to provide a means for us to earn fees by linking to Amazon.com and affiliated sites.