An unplanned picnic at the Ferryland Lighthouse near St. John’s, Newfoundland was one of the most memorable experiences of our summer vacation.

One of the best experiences on our recent trip to Newfoundland was one that I hadn’t even planned – a picnic lunch at the Ferryland Lighthouse.

We had started our day with a boat tour of the Witless Bay Ecological Reserve and then decided to drive a bit of the Irish Loop before heading back to St. John’s.  Ferryland is located along this scenic drive and is one of the oldest communities in North America as it was settled by Europeans in the 17th century.

I had read about Ferryland and knew that the primary attractions in the community were the Colony of Avalon, an active archaeological dig, and the 19th century Lighthouse.  I thought that this would make an interesting stop after our puffin and whale watching tour.  The drive from Bay Bulls to Ferryland took longer than I had expected though and some backseat grumbling about needing food had already started before we arrived in Ferryland.

We parked near the Colony of Avalon and checked out a nearby restaurant but the kids vetoed the menu.  The girl who was working there suggested that we walk up the hill to the lighthouse because they served delicious chocolate cake.  We parked the car and started the walk toward the lighthouse amid a fair bit of complaining about the distance and imminent starvation. 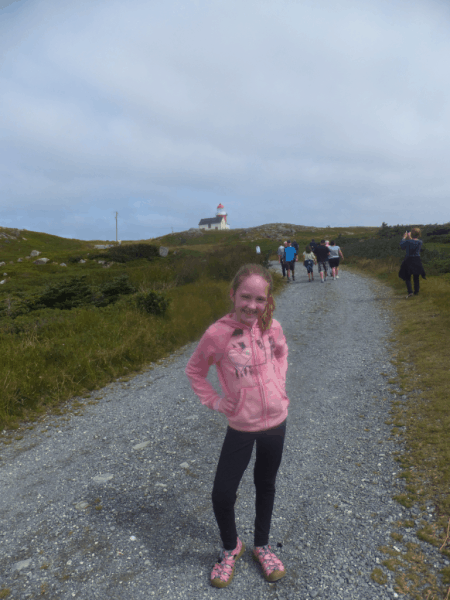 As we started up the trail to the lighthouse we saw this sign which pointed out that a “huge part of the Lighthouse Picnics experience is the beautiful walk…“.  I don’t think that it was meant to be ironic but given the amount of grumbling that I was hearing about the distance to the lighthouse it did strike me as just a bit amusing. 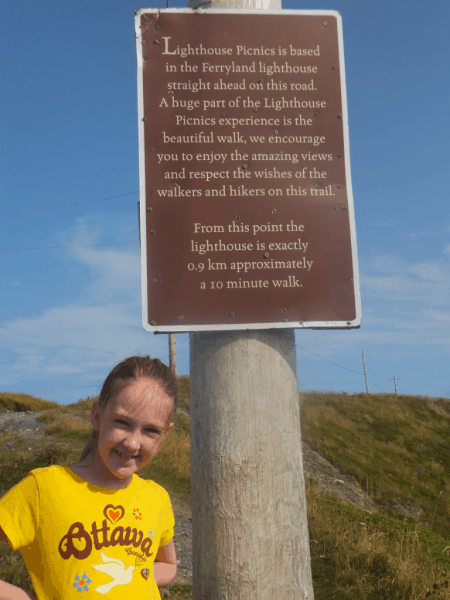 The walk is part of the experience!

After perhaps 20 minutes we arrived at the historic lighthouse and the views of the coast were stunning – definitely worth the walk.  The classic red and white lighthouse at Ferryland Head was built in 1870 and for the first 100 years of its existence it was staffed by families living in the two-family dwelling that was built alongside.  The first lighthouse keeper was a ship builder named Michael Kearney and his assistant keeper was William Costello.  The Costello family continued as the primary keepers of the light at Ferryland for 100 years.  The lighthouse is still operational but it is now automated.  The lighthouse dwelling was abandoned and fell into disrepair until it was restored by Lighthouse Picnics and reopened in 2004. 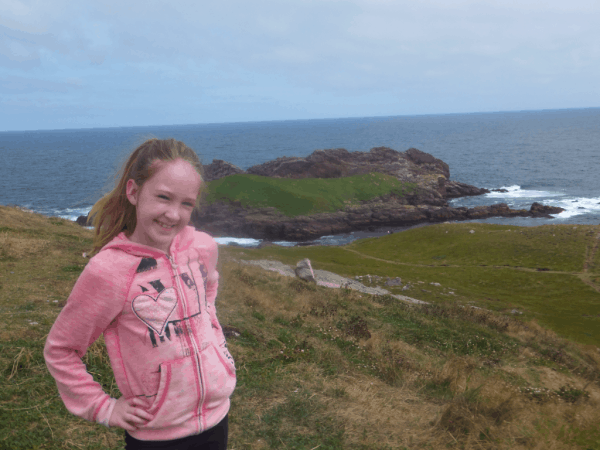 Unfortunately, when we entered the lighthouse to inquire about purchasing a picnic lunch we learned that they had to be reserved ahead of time as all the food is prepared on site and the kitchen can only produce a set number per hour.  Our only hope was to wait and see if someone cancelled or didn’t show up for their lunch.  The complaining escalated to a fever pitch at this point because starvation was, apparently, at hand if we didn’t get food to eat as soon as possible.  We were about to give up and try and buy some chocolates or cookies to tide the kids over when we were informed that there had indeed been a cancellation and we could order a picnic lunch. 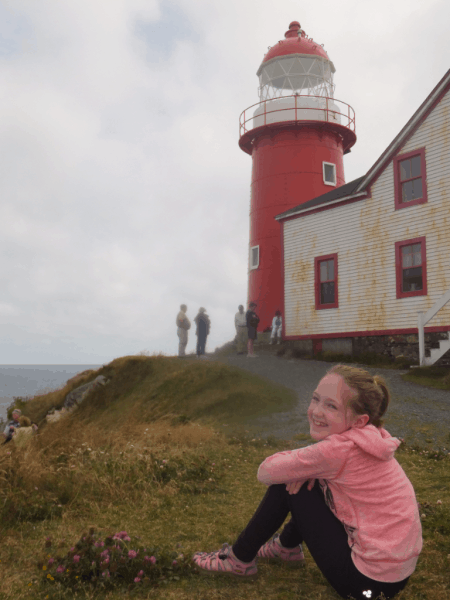 Sitting outside the lighthouse

Lighthouse Picnics is staffed by ladies who make all the food fresh at the lighthouse each day.  Local and organic ingredients are used as much as possible and the smell of freshly baked goods greets visitors as soon as they enter the lighthouse.  Once we had perused the menu and ordered our lunch, we were given a picnic blanket and wandered a bit while waiting for our meal to be prepared. 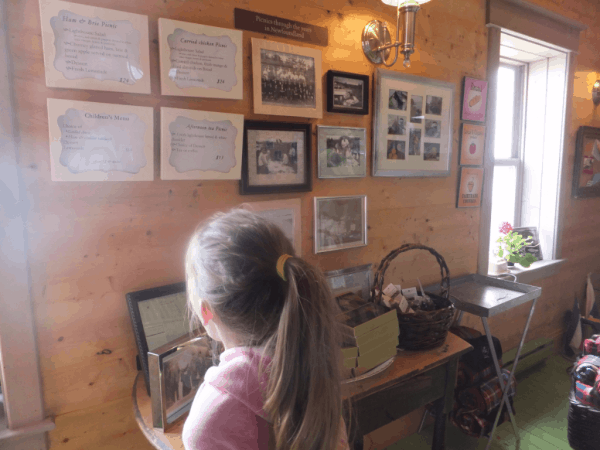 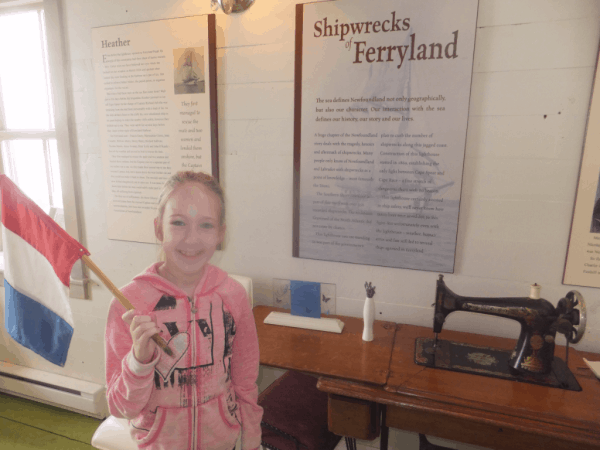 Ready for a picnic

After a short wait we had our picnic lunch – chutney-glazed ham and brie for the adults and ham and cheddar for the kids, homemade brownies and fresh lemonade served in Mason jars – and set about finding the perfect spot along the headland to enjoy it. 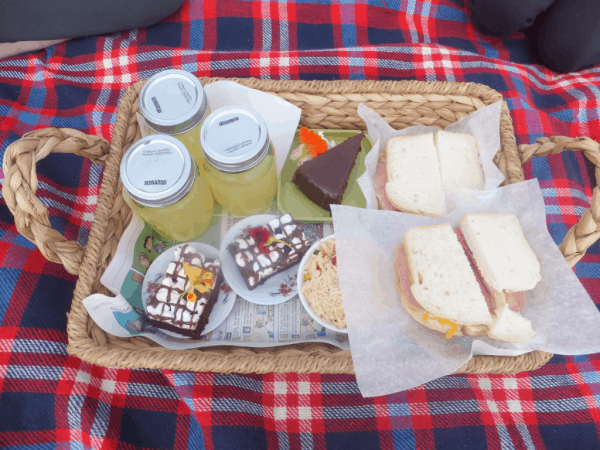 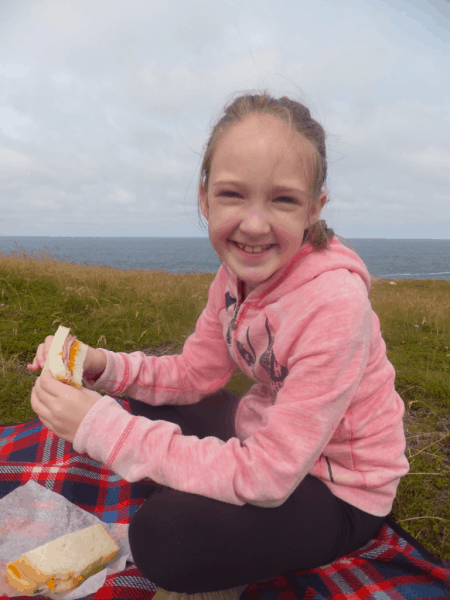 I don’t believe that I have ever eaten in a place as breathtakingly beautiful as this.  Sitting on the clifftop with the backdrop of the historic lighthouse and surrounded on three sides by the crashing waves of the Atlantic, we just relaxed and enjoyed our delicious lunch, the company and the spectacular view. 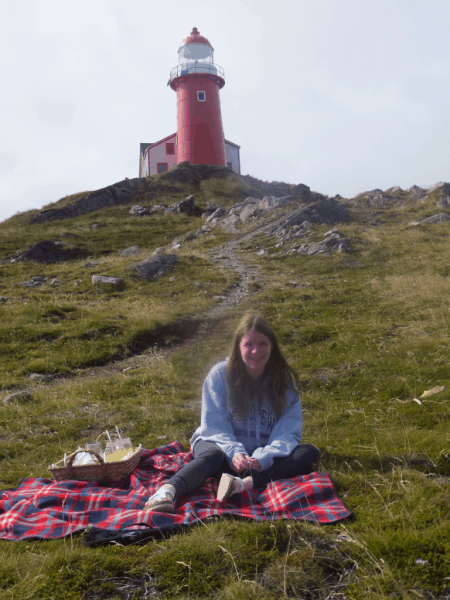 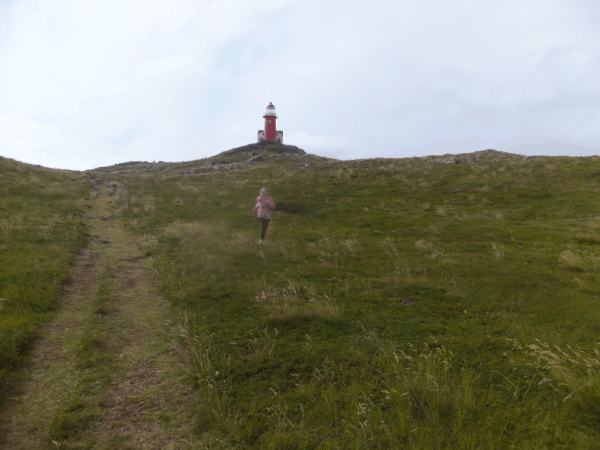 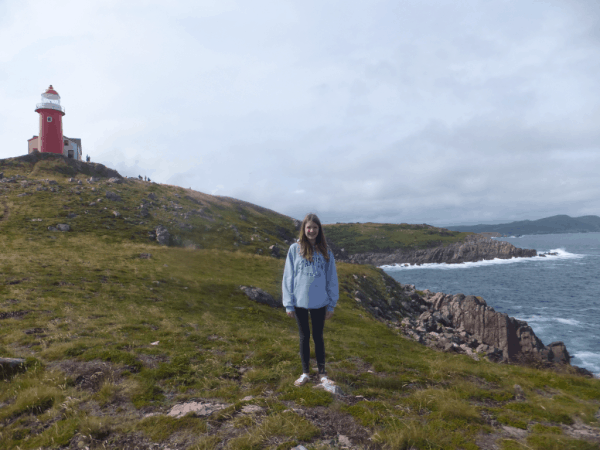 It was difficult to finally leave the Ferryland Lighthouse and Katie summed up how we all felt when she declared that she wished we had spent the entire day there. If ever you find yourself in Newfoundland, reserve a picnic lunch and drive to Ferryland – it just may be the most memorable day of your vacation. 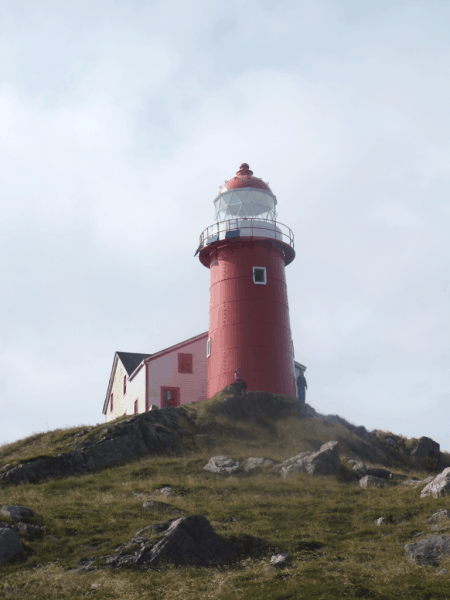 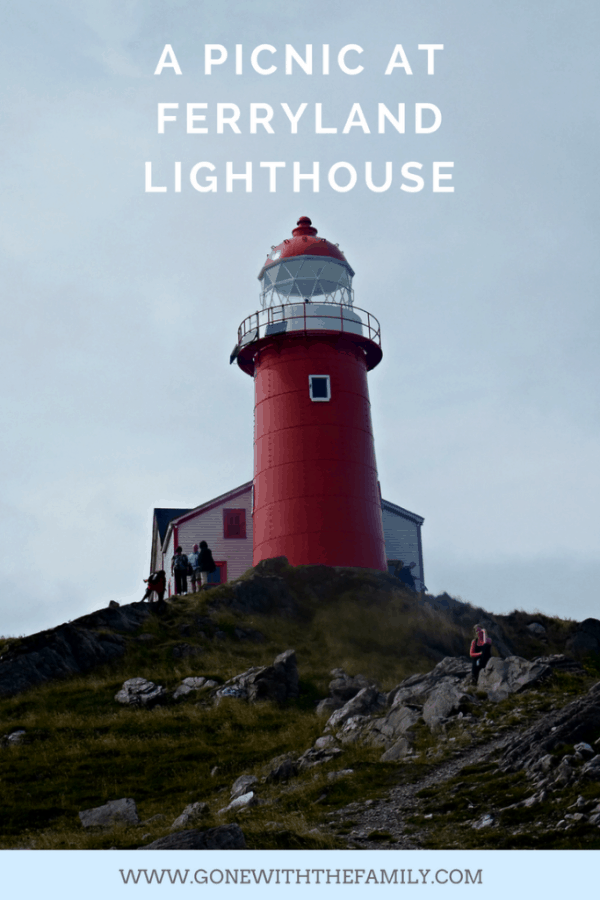