Our family’s 5 favourite things to do in Charlottetown, Prince Edward Island.

Each of the nine times that we have visited Canada’s smallest province, Prince Edward Island, with our kids we have spent time in the charming provincial capital located on the island’s south shore. Charlottetown, known as the Birthplace of Confederation, is a walkable city with historic sites, arts and culture, outdoor activities and fun festivals that make it a great destination for families.

These are our 5 favourite family-friendly things to do in Charlottetown as well as a hotel recommendation and a couple of dining suggestions.

Celebrate Anne of Green Gables at the Theatre

Anne of Green Gables, the spunky redheaded heroine of Lucy Maud Montgomery’s novels, is a major attraction on the island and that is as true in Charlottetown as it is in Cavendish. Anne of Green Gables: The Musical has been playing at the Confederation Centre of the Arts in Charlottetown each summer since 1965 making it the world’s “longest running annual music theatre production” according to the Guinness Book of World Records.

Despite loving both theatre and Anne, we had to give it a miss on our first visit to PEI as my older daughter, Katie, was a young toddler. The following summer we decided to attend even though she was not quite 3 and she loved it! This was the first major musical that she saw and I like to think that it inspired her love of theatre. We have seen the show every time that we have been to PEI since and I recommend it to everyone – whether you have read the books or not. 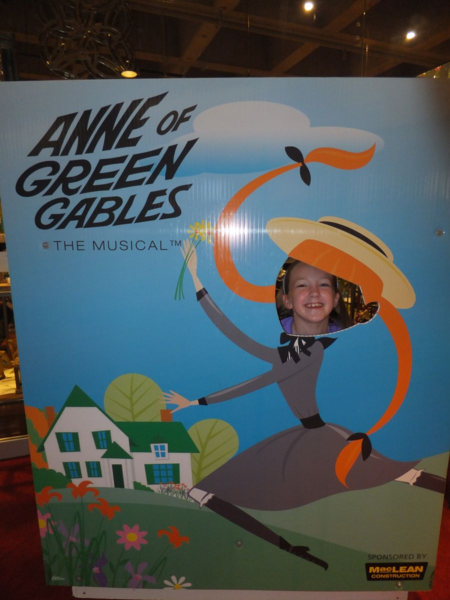 Anne of Green Gables: The Musical

A newer production, Anne & Gilbert: The Musical, launched in 2005, is a sequel of sorts to the original musical which covers the romantic relationship between Anne and her childhood sweetheart, Gilbert Blythe, as young adults. We had the pleasure of attending a performance while in Charlottetown last summer and I daresay that I loved it even more than the original Anne musical. 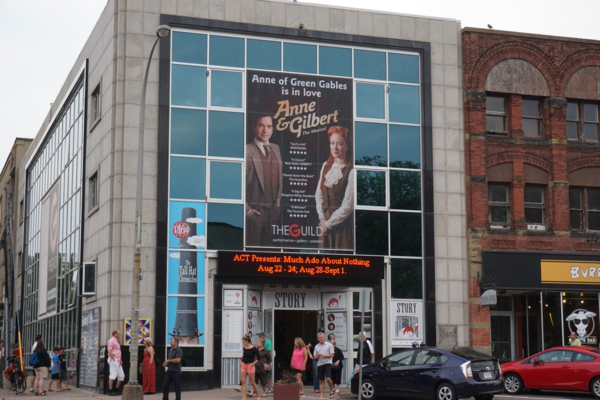 Cruise on the Harbour Hippo

One of the best ways to get to know Charlottetown is a tour on the Harbour Hippo amphibious vehicle which travels along the historic streets of the city before plunging into the harbour for a relaxing cruise. An engaging guide provides commentary over the course of the tour which lasts approximately an hour. We have taken the cruise a couple of times and it’s always entertaining – especially for kids. 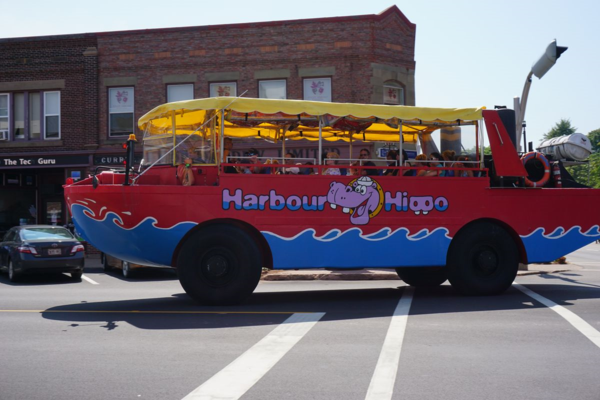 Touring Charlottetown on the Harbour Hippo

Anyone who has ever read anything that I have written about Prince Edward Island knows how much we love Cows Ice Cream! A scoop of one of our favourite flavours (Moo Crunch or Wowie Cowie for me) has always been a daily indulgence when we are on the island and we love the fun merchandise almost as much as the ice cream.

In Charlottetown, there are two locations to choose from – one on Queen Street and one at Peake’s Quay on the waterfront. We have also taken the Cows Factory Tour which is located on the outskirts of the city and enjoyed seeing how our favourite treat is made.

Read Cows – Yummy Ice Cream and So Much More 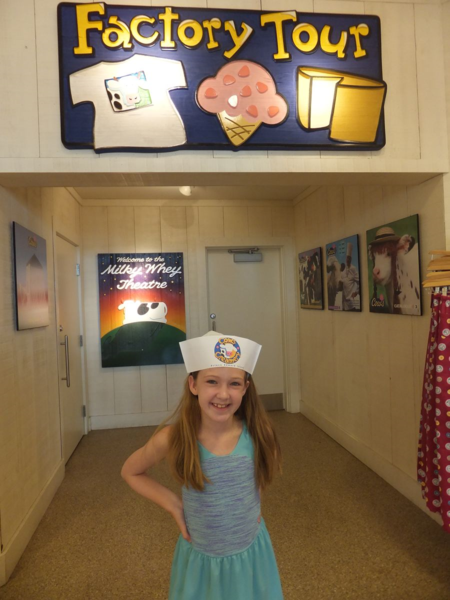 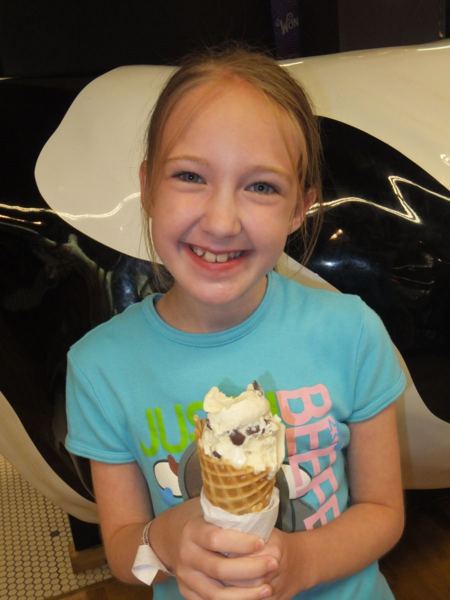 Learn About Canada at Founders Hall 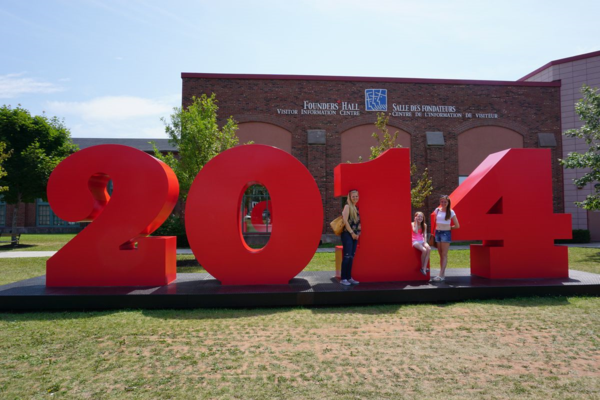 Outside Founders Hall in 2014 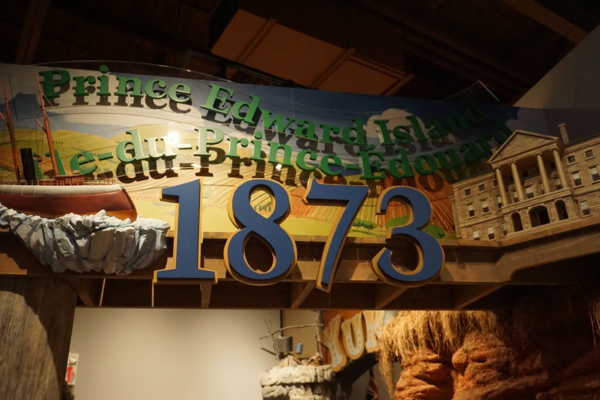 Take a Walk Around the City

Charlottetown is a beautiful city for a stroll and it’s small enough that you can easily get around by yourself without getting lost. If you are interested in a guided walking tour then you should stop by the Visitor Information Centre that is located in the same building as Founders Hall on the waterfront.

There are also horse and carriage tours starting from outside the same location if you would prefer a ride around town.

Some of our favourite sights in the city include the Province House National Historic Site of Canada, Charlottetown City Hall, Peakes Wharf, St. Dunstan’s Basilica, Beaconsfield Historic House, and Government House. Past walks have included brief tours of Province House, however, it is currently closed for extensive conservation work for the next 3-5 years. 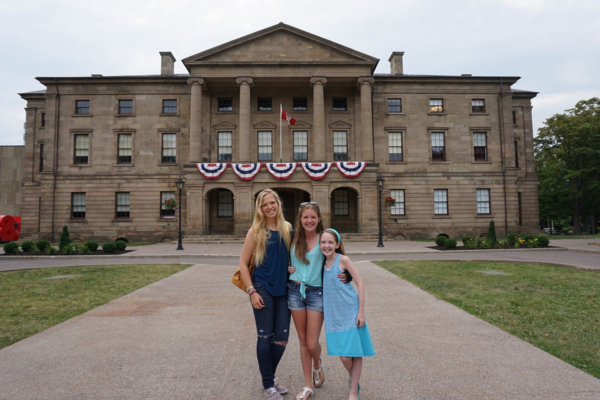 Outside Province House in Charlottetown 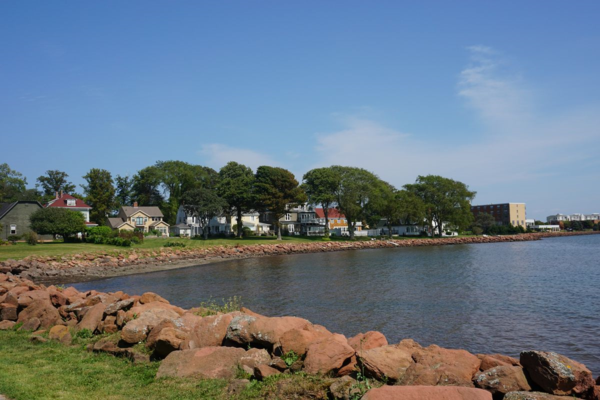 We have primarily visited Charlottetown on day trips while staying in Cavendish, however, on our last trip to the island we spent the first two nights in the capital at the Holman Grand Hotel.

The hotel’s location on Grafton Street in the heart of downtown Charlottetown across the street from the Confederation Centre of the Arts was ideal for us as we were within easy walking distance of everything we wanted to see and do.

We loved the contemporary style of the hotel rooms which had hardwood flooring, spa-like bathrooms, very comfy beds and a kitchenette. Free WIFI was also much appreciated as was the fabulous view of Province House from our window. 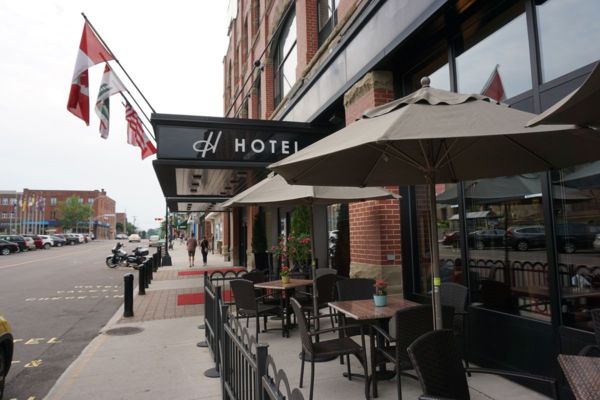 When in Charlottetown, we often dine in one of the restaurants along Victoria Row which is opposite the Confederation Centre. This historic cobblestoned street is lined with restaurants, cafes, shops and galleries and is transformed into a pedestrian-only area during the busy summer months.

Another favourite centrally-located restaurant is The Merchantman which is located in a historic building and has a menu featuring excellent fresh seafood and an oyster bar as well as other choices for those who don’t love seafood.

On our last visit, we also enjoyed a lovely pre-theatre dinner at the Redwater Rustic Grille, a casual upscale restaurant with an extensive wine menu located in the Holman Grand Hotel. 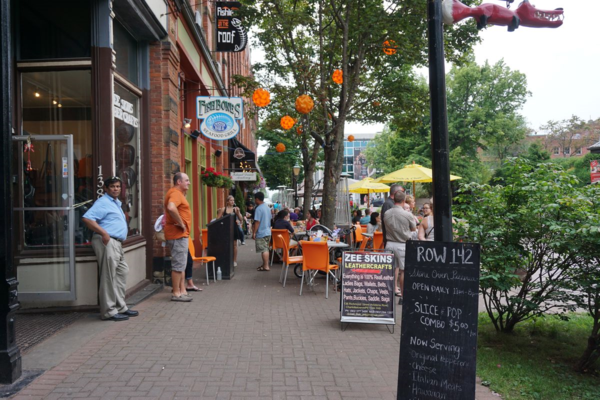 Have you visited Charlottetown, Prince Edward Island? If you have any suggestions for things to see and do or places to stay or eat then please let us know in the comments below.

The Discover Charlottetown website is a great source of additional helpful information about the city as is the Tourism PEI website.

Kindred Spirits – Our Home Away From Home on PEI